Column: From the Playground to the Background 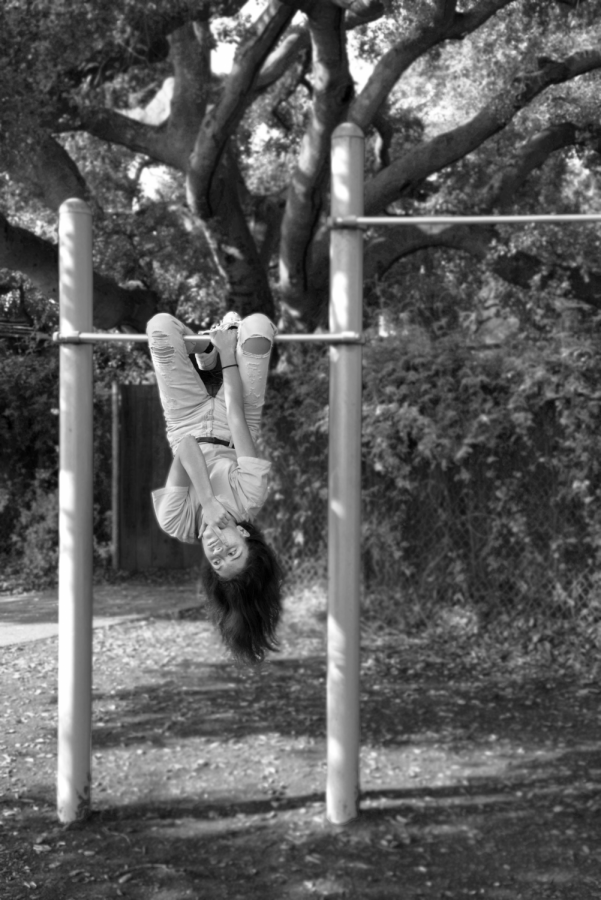 In elementary school, I remember inhaling my lunch before scrambling over to the playground with my peers, diving through plastic tubes and kicking our scabbed legs into the air on the swings. I remember plucking tanbark out of my skinny knees in the school office, and picking at the ripe blisters that formed on my hands after a hard day’s work at the monkey bars.

I remember being a kid — or, really feeling like one.

The moment we graduated, Egan Junior High welcomed us with open arms, and a noticeable lack of a playground. We segregated ourselves from then on — lacking the unity the playground provided, we receded into groups of our creation, rarely leaving to interact with anyone else.

My elementary school email account stuck around while that part of me slowly faded. While my life then consisted of hanging upside down on the play structure for as long as I could as the blood rushed to my head, my life now is comprised of AP’s and SAT’s and coffee as a cure for the consequences of long nights studying. The innocence that was characterized by the playground in our youth has been replaced with an unstoppable desire to push ourselves further into adulthood. I scoff and call elementary schoolers immature for carelessly running through downtown Los Altos while just a few years ago you could have caught me doing the same thing.

In a meeting with my counselor last month, I realized that the classes I’d like to take next year would have to be aimed toward the major I’d like to pursue, in a college that I’d like to attend, all which I am still unaware of.

I realized that five years have gone by since I’ve last played on a playground.

We’ve lost that part of our lives. The time our childhood counterparts spent shrieking as we fell out the end of a brightly colored slide or kicking our legs in the air, higher and higher until our stomachs gurgled at us to stop.

But the playground is not lost — it has just changed as we have grown. The obtrusive primary colors have been replaced with dull metal, the tanbark with nails. It is still a test between me and my classmates on who can pump our legs the highest, hang on the bars the longest and slip through the tube the fastest.