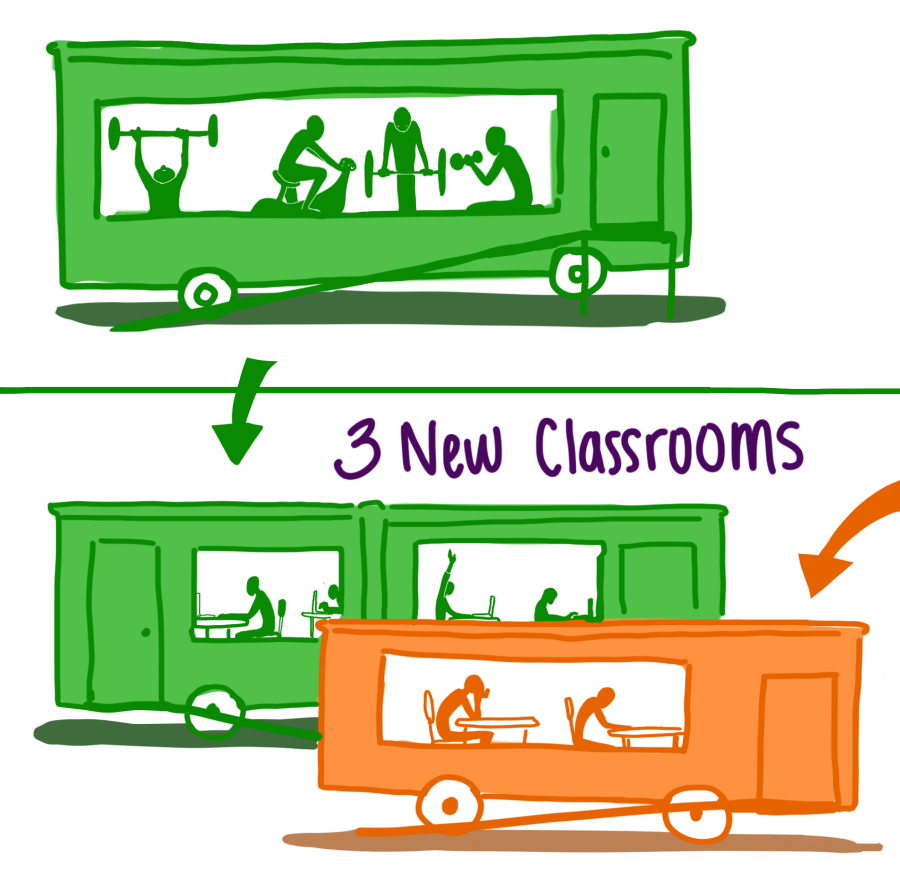 On Monday, January 9, the MVLA School Board unanimously agreed on a contract with Quattrochi Kwok Architects (QKA) to implement short-term plans for three new classrooms next school year by renovating the existing weight room and installing a new temporary portable.

The plans come in light of a growing student population that studies show could overwhelm existing classroom space.

“The demographic study has projected continued growth at Los Altos, and our numbers project 70 more students than what was projected this school year,” Associate Superintendent Mike Mathiesen said.

The school board decided to renovate the existing weight room because it will become obsolete around late February or March when the fitness center is completed. The district plans to convert the weight room into two portable classrooms by adding barriers along the middle.

“We looked at the existing weight room, which is really a double-wide portable that we could treat and make smell nice for a classroom,” Mathiesen said. “It already has a foundation with clocks, speakers and internet, so it’s cost-effective and doesn’t take up any additional space on campus.”

QKA will determine the exact location to place the new classroom behind the 600 wing. New buildings must be constructed 20 feet away from existing buildings to meet the fire code.

Construction of the portable will most likely start once this school year ends so that students won’t be disturbed, while renovation on the weight room will start once the new fitness center is completed.

“[The facilities master plan] will be conducted in the next four months, so by the end of the school year, we should have a big document that [shows] the facilities roadmap for the future of MVLA,” Mathiesen said.