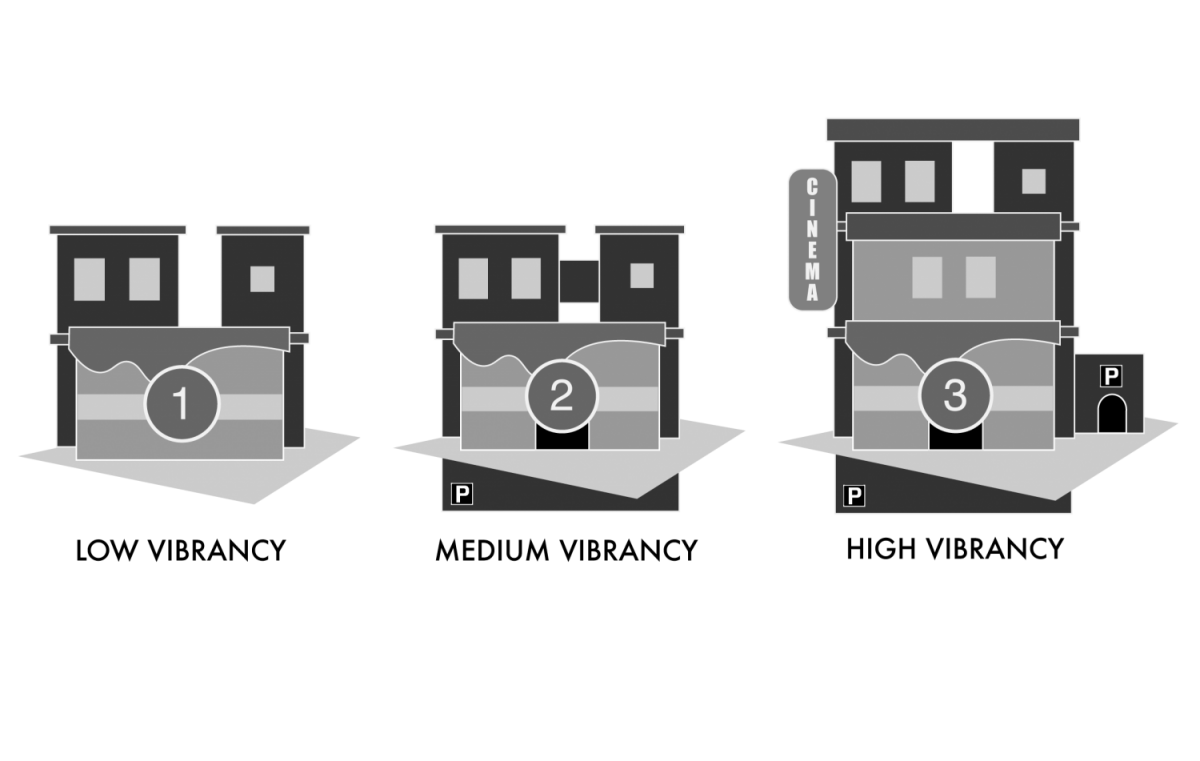 As the latest part of their process in designing a long-term development plan for downtown Los Altos, City Council unveiled three proposals that aim to increase vibrancy by encouraging more economic activity and foot traffic. These scenarios were generated based on community feedback obtained through a months-long engagement process.

“The reason we’re doing visioning is so we can determine what the majority wants in terms of the level of activity in Los Altos,” Vice Mayor Jean Mordo said. “Businesses are not doing well, stores are closing and merchants are having a tough time.”

With help from RRM Design, an urban development consulting firm, City Council was able to form three possible downtown scenarios. A final scenario will be chosen based on an economic analysis as well as local opinions.

City Council conducted a survey in July to help construct the initial scenarios, collecting feedback on issues pertaining to vibrancy. Each scenario aims to increase downtown’s economic vitality to specific levels, with Scenario One being the lowest increase, and Scenario Three being the highest. Both Scenarios Two and Three propose underground and aboveground parking structures because 50.6 percent of respondents supported these additions.

Those who offered their support for specific scenarios, such as Mordo and resident Penny Lave, vouched for the increase in vibrancy each scenario aimed to achieve rather than its respective details. The focus on detail, Mordo and Lave said, caused some citizens to disregard certain scenarios due to their inclusion of a movie theater or other features, even though they might agree with the level of vibrancy the scenario aimed to achieve.

Instead, Mordo said the scenarios should focus on their respective increases in vibrancy levels, with features serving to attain a certain level of vibrancy.

“The key is to build scenarios which say, ‘Well, if you want a certain percent more vibrancy… what could downtown look like 5, 10, 20 years down the road?’” Mordo said. “In any scenario, we can put a theater downtown. It’s not the specifics of the theater that are important, it’s the level of activity that we need and how to achieve that.”

“The city made a decision five or six years ago that they had too many service businesses, so they changed the zoning to not allow them any more,” Lave said. “The feeling [of downtown] changed because those businesses brought more people to town. Restricting service businesses has made an imbalance.”

However, resident Pat Marriott — while agreeing with Mordo and Lave that downtown needs more vibrancy — said the process failed to generate any new ideas.

“Unfortunately, the visioning process has only fed back ideas that we’ve been kicking around for years, like a theater downtown,” Marriott said in an email.

While Mordo and Lave support increasing building heights, Marriott said the scenarios did not take street widths into account.  She said she believes this will cause a “canyon effect” that will diminish Los Altos’ small-town charm, similar to the effect the 43-foot-tall Safeway creates on First Street.

The scenarios also lacked opinions from teenagers — only two people under 18 shared their opinions in the City Council survey — which Lave said she considered an oversight.

“I have always encouraged governing with input from all ages and constituencies,” Lave said in an email. “All plans for the future should include input from teenagers. Who better to advise on the needs of youth than youth itself?”

RRM Design will modify the scenarios through December based on future community feedback to include a specific economic model and more realistic 3D modeling. City Council plans to take these modified scenarios to pop-up workshops to receive more feedback and draft a vision plan during November and December.  The visioning process is currently slated to develop a final plan by March 2018.