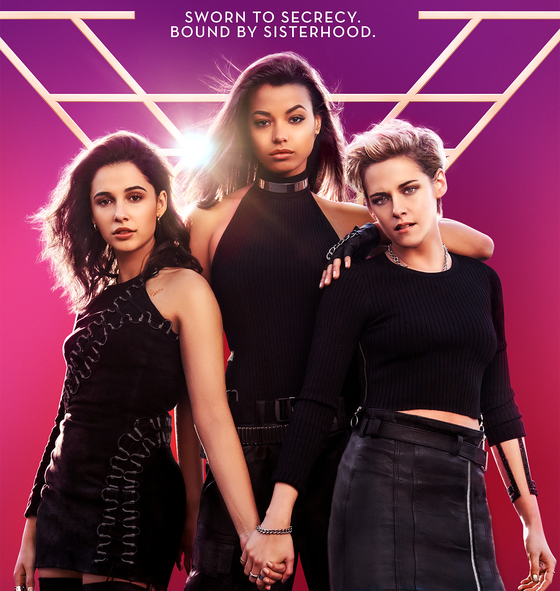 empowering, lighthearted action movie. It won’t be the movie that wins an Oscar this year, but it definitely doesn’t deserve a 10 percent on Rotten Tomatoes. Although it had its shortcomings and its feminist message was at times unclear, “Charlie’s Angels” gave us a new take on the basic action movie that’s definitely worth two hours of your time.

“Charlie’s Angels” centers around the Callisto device, a revolutionary energy generator, which is inadvertently found to have the capacity to kill anyone in the vicinity without leaving a trace. When lead scientist Elena Houghlin (Naomi Scott) tries to report this fault to her supervisors, she’s told to keep quiet, prompting Elena to reach out to the Angels, an elite group of female operatives. After Angels Sabina Wilson (Kristen Stewart) and Jane Kano (Ella Balinska) save Elena from an assassination attempt, Elena teams up with them and begins an adventure to stop an unknown antagonist from weaponizing the Callisto.

“Charlie’s Angels” had the potential to be great, but it was ultimately foiled by its own ambition. By trying to cram what felt like a million different plot twists and revelations into two short hours, the movie became more convoluted than satisfying, and unfinished plot arcs led to plot holes that further added to the confusion.

In all fairness, though, “Charlie’s Angels” is first and foremost an action movie, and on that account it delivers. Its fight scenes are exciting, often employing fun spy tech such as a box of tranquilizers disguised as Altoids and tattoos that functioned as two-way radios. And since “Charlie’s Angels” delivers on the action, its weaknesses in the plot seem forgivable.

The characters in “Charlie’s Angels” were also pleasantly surprising. Although they began as predictable clichés, the characters later develop beyond that, with hidden depth shown throughout the movie. Jane is perpetually stoic and serious but shows genuine emotion when it comes to those she cares

about. In contrast, Sabina is the comedic relief, irreverent and nonchalant, yet she also gets her share of serious moments. One example is when she talks about how growing up with emotionally absent parents, and how that gave the abandonment issues that landed her in jail. And although Elena sheds her naivete over the course of the movie, she retains her newbie status and endearing nature, with an arc chock-full of impassioned monologues and childish confusion.

With such a female-heavy cast and a premise centering entirely around a group of strong, empowered, female agents, it’s no surprise that “Charlie’s Angels” was expected to be a feminist movie.

But the question is: Was it really?

Within the first few minutes, the movie addresses the idea of female empowerment in a monologue delivered by Sabina, which was concerningly overhanded and preachy. Fortunately, the movie then shifts to more subtle ways of expressing female empowerment by showing rather than telling. This was primarily achieved by showing women in a diverse array of roles, including the female Angels and a female lieutenant.

The very premise of “Charlie’s Angels” has feminism built into it, because—with the exception of Elena —all of the other female heroes in the movie signed up to be an Angel despite knowing the risks and requirements of becoming one. Even Elena made the choice to stay and fight with the Angels, choosing to help save the day. That’s an important distinction because, rather than portray women as victims of circumstance, we see women who are in control of their lives and actions. It’s an empowering message that far too often gets lost in action movies.

That’s not to say that “Charlie’s Angels” is the feminist movie of the century. Disappointingly, female characters are still needlessly sexualized at times. This movie was an opportunity to make female characters independent of sex appeal, portrayed not as objects but as people. With that in mind, was a choreographed dance number where half of the women were in glorified lingerie necessary?

Perhaps more disappointingly, this movie plays it unnecessarily safe. While they do have strong female characters in the spotlight, this movie doesn’t do anything new with its portrayal of feminism, despite numerous opportunities to do just that. So while it’s fair to call “Charlie’s Angels” a feminist movie, it’s also only fair to acknowledge the ways in which they drop the ball.

Despite all of this, the movie was enjoyable to the very end, staying true to its action film nature with fight scenes, dramatic car chases and far-fetched spy tech. While “Charlie’s Angels” was by no means perfect, it fits the action movie niche while still providing some feminism a la carte. If you’re looking for entertainment, this movie will do the trick, and your two hours will definitely feel worth it.