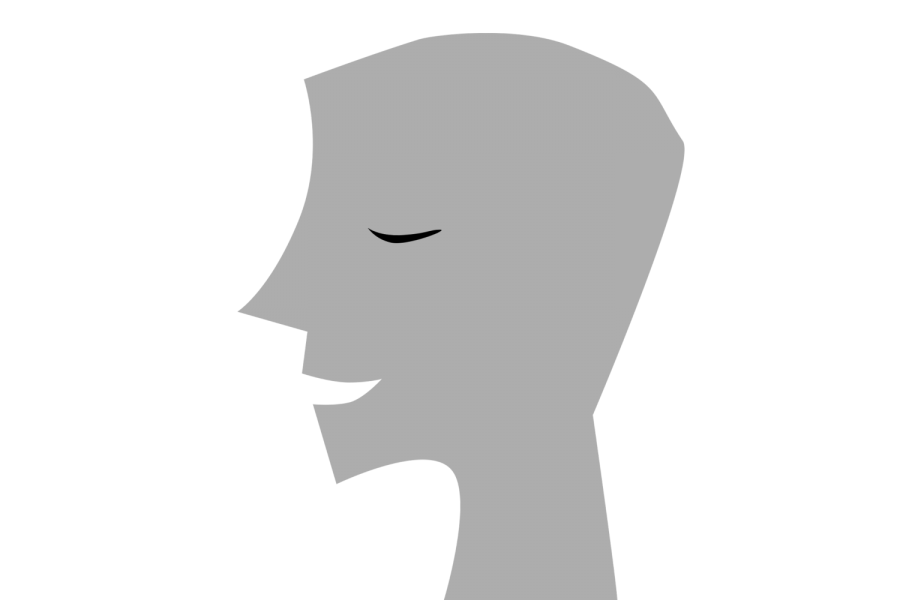 An “Implicit demand for proof” | by Jessica King

It’s difficult to speak badly about something you love. Even if you know you once hated it, you can’t help but look back at that time and wonder why you ever did. Maybe you love it now because it simply grew on you, or maybe you outgrew your confirmation bias, but it remains quite impossible to pinpoint what exactly about it initially turned you away.

I was introduced to TØP three hours into a seven-hour car trip. My brother, a committed TØP fan, decided to play the newly-released “Stressed Out.” And I had to admit, I loved it. But, when my brother proceeded to hijack the auxiliary cord and blast nothing but TØP’s oldest original songs in a car full of unhappy, cramped people, I concluded that the band was a one-hit wonder.

My instant observation was of Tyler Joseph’s voice: grating, nasally and squeaky, seemingly on the verge of tears. His voice pervaded the songs, overwhelming the producing and Josh Dunn’s drums. All the songs began to sound uniform, each defined by the voice I found so unpleasant.

And then one day it shifted. I came home from school to hear the words “she’s the tear in my heart, I’m alive, she’s the tear in my heart, I’m on fire” echoing through the kitchen, accompanied by a previously unheard upbeat piano riff layered with drums and fanning synth. I thoroughly enjoyed the song, only to learn afterwards that it was “Tear In My Heart” by none other than Twenty One Pilots. Somehow, Tyler’s voice had faded to the back. Somehow, the lyrics and instrumentals stepped out from the background, and I couldn’t help but appreciate them.

My repertoire of accepted TØP songs began to grow. I attempted to hold onto my belief that TØP had a majority of simply “meh” songs. But I was like a person on a diet trying to avoid eating donuts by telling themselves that they are bad for you. I began to crumble, one song at a time.

What draws me in is the emotion and imagery that TØP effectively creates through only sound. The producing captures a mood and paints a picture to accompany it; “Fairly Local” combines a heavy base and strobing instrumentals to form a lightning bolt, anxious feel, whereas “Car Radio” uses offset-layered piano, drips and drums to give the feeling of running. Each song has a sound that can be connected to a physical feeling or action, but instead of photos, TØP uses music.

From there, I cast aside my confirmation bias and conceded defeat: my brother was right, Twenty One Pilots is incredible. While Tyler’s voice is certainly an acquired taste, it has grown familiar enough to me that I’m more bothered by the fact that I now cannot seem to find one TØP song that I don’t like.

Without Apology | by Eli Colbert

Thick New Jersey English crawls from the static. Horses loops out of its first apostasy, “Jesus died for somebody’s sins but not mine,” growled over soft, incipient chords. Patti Smith’s mutiny, which might sound blustering in another voice, comes across fierce and sovereign. She continues, “Melting in a pot of thieves/Wild cards up my sleeves/Thick heart of stone/My sins my own/They belong to me.” From the brown fields of central New Jersey to New York, Smith burst onto the art scene and brought her own kind of poetry with her.

Nearly anywhere in my room, I can meet Smith’s proud rivet from my bookshelf. Propped against a white wall, jacket over her shoulder, lip curled, radiating swank. Her expression is hard to place, half-wild and half-calm, half-contemptuous and half-ambivalent. Mostly, it is proud and simple. Years after my introduction to Smith and her group, I met Lisa Shea, author of “Hula,” who told me that Smith had played a show at Barnard during Lisa’s studentship there. Upon encountering her in the john, Smith told Lisa, “Don’t you f***ing talk to me!”

“Horses” is an album of renunciation and veiled energy, where sex is disguised as violence and violence as sex. Although the songs tell different stories, Smith creates a lyric unity, fusing religious iconography (“At that Tower of Babel they knew what they were after”), with figurative mention of the body (“The butterfly flapping in his throat”), and quiet rue (“There must be something I can dream tonight”).

Considering my present adoration of Smith, I often have to remind myself that our introduction was less than cordial. Although I was probably charmed by Smith’s opening defiance, the album’s simplicity and roughness left me unenthused. I didn’t feel it had rewarded me enough sonically. The quota for moments of consonance in Horses is low. The sing-along, dynamite segments of the album are not conventional. At ‘Gloria’s’ pinnacle, Patti shouts, “G-L-O-R-I-A”, accompanied only by a skeletal guitar and drums. The story of my reversed feeling toward Horses is a testament to the value of repeated listening. It’s what we listen for and in what context we listen which determines our response. We make choices when we listen.

I realized as I listened to Horses again that what it lacked in musical dexterity, it made up for in Smith’s raw, baleful stories and in the emotion wrought by these stories. What I first saw as roughness and unevenness became a dimension of texture in the lyrics. I began to understand what Smith meant when she described the album as having combined four-chord rock with the power of the written word.

In ‘Birdland’, nearly a jazz-fusion song, a boy has a vision of his dead father in an alien ship and begs to be taken up by it, offering his eyes as payment. ‘Land’, the album’s nine-minute centerpiece describes the physical and spiritual journey of Johnny, who is assaulted, visited by an angel, and who eventually commits suicide.

Smith would write, “‘Gloria’ gave me the opportunity to acknowledge and disclaim our musical and spiritual heritage. It personifies for me, within its adolescent conceit, what I hold sacred as an artist. The right to create, without apology, from a stance beyond gender or social definition, but not beyond the responsibility to create something of worth.”

Loving both “Godfathers” | by Hanna Khosravi

Cinephiles will forever be divided into two camps: those who favor “The Godfather, Part I,” and those who prefer “Part II” – true fans tend to reject the existence of “Part III,” unless of course you are Ted Cruz, who by some magical decree declared that “Part III” was the best of the franchise. “Part III” doesn’t matter – we aren’t going to talk about “Part III,” or Ted Cruz’s blatant lack of connection with the American population. That discussion is one for another day.

My family is a “Godfather”-loving family, and I swear to you, we will watch it every time it is on. I cracked Michael Corleone (Al Pacino) jokes before I was fully conscious of what the series was about, and I distinctly recall practicing my Marlon Brando snarl as I muttered “I’m going to make him an offer he can’t refuse” as a youngster. We quote the film, we compare life situations to it, we have cast director Francis Ford Coppola as a king. Our affection for the film is practically undying. Even though I’ve already seen parts I and II a million times, my Dad and I went to see a theatrical showing of it over the summer, and we still talk about what a great time we had.

Until a couple of years back, my recollections of The Godfather all revolved around the scenic masterpiece that was “Part II.” My adoration for “Part II” could also be grounded in the fact that I fell asleep watching the first one when I was little, but happened to awaken during “Part II” and therefore only christened “Part II” with my approval.

For a long time, I acknowledged “Part II” as the real Godfather film. Unfortunately, it was missing Marlon Brando, which is not a loss I will underestimate, but it did have Robert De Niro, so maybe there’s a trade-off hidden somewhere in there. But I always thought that “Part II” had a certain dynamism that “Part I” just didn’t hold.

My freshman year, this one movie channel my family had ordered showed “The Godfather” series every Saturday. When I woke up early one weekend morning, groggy and my hair matted in knots, my father’s eyes were already wide awake as he nursed his sixth cup of tea, excitedly perched upon the left corner of the couch. I recognized the characteristically dramatic score which served as an interlude before the film’s emotional peaks, and he acknowledged my presence quickly before saying, “This is the end of ‘Part II.’ I’ve been watching since 5am – I saw all of ‘Part I,’ too. You’ve got to watch it, Hanna.”

So I did. And let me tell you – I loved it. I really loved it. I’ll make this distinction right here and right now: “The Godfather” is to film as “Hamlet” is to theater. It’s a staple, a centerpiece, a pivotal grounding force. “Part I” does not have the razzle-dazzle of “Part II,” but that doesn’t compromise the story’s complexity, and Part I can stand on its own in a way that the other films do not.

I realized that while “Part II” spans decades, “Part I” is more singular in its story and is therefore an essential focal point. “Part I” follows the end of the reign of Vito Corleone, the original Godfather himself, and the life of his children as they start to enter into the business of their crime-ridden Italian family. “Part II” gives context to Vito’s life as an Italian immigrant and tells the tale of his son Michael’s takeover of the family business after his death. “Part II” contributes more coverage, while “Part I” provides insight into a snapshot of time. “Part I” benefits from its focused-in standpoint, and this basic structure enables a different sort of complexity.

So if “Part II” is the prologue and epilogue, “Part I” is the story itself. “Part II” might have more magnetism, but “Part I” is the original story of the Corleone family without the dazzling devices of time-shifting, and there is something to be said about that. So if someone asks which film is my favorite of the franchise, I won’t be ashamed to say that I love both equally. They both deserve my utmost admiration, because they are best viewed as a unit rather than divided entities.

When Francis Ford Coppola made “The Godfather” and made subsequent legends out of Marlon Brando, Al Pacino and Robert de Niro, he created a historic landmark of the American cinematic identity. To this day, hearing the musical score makes me sentimental, and it makes me realize that the two first films are, together, an experience. I try not to think of them as separate anymore – they are both deeply special films that connect to create a masterpiece of an epic.