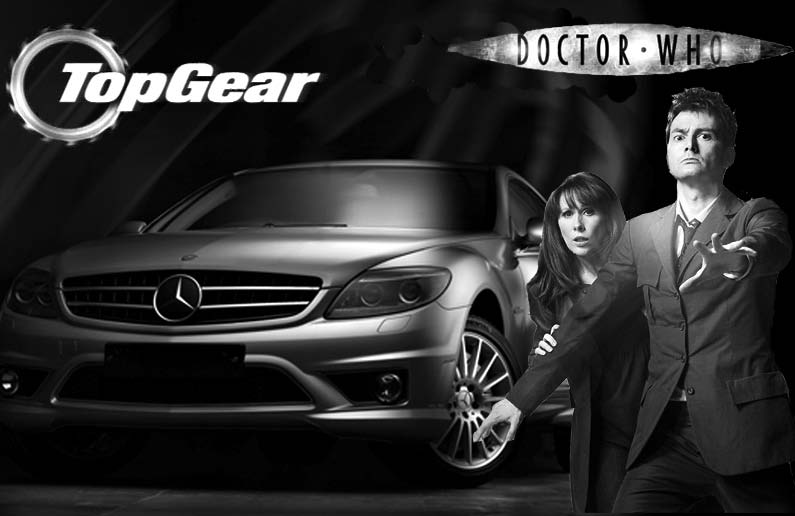 Those who think Harry Potter and the Beatles are the only two things Britain has contributed to the entertainment industry have been seriously misinformed. In fact, British television has much to offer with its scathing wit, dry humor and awesome writing. So next time you get tired of watching MTV’s “Cribs,” check out these shows made in the UK.

“Doctor Who” is an immensely popular television program currently in its 20th season, which chronicles the adventures of a defender of time known as “The Doctor.” He is the last member of the Time Lords, an ancient race of aliens charged with being the custodians of time.

The episodes find the Doctor at major events that will shape the future of the universe, and he ensures that the correct course of time is followed. Each episode begins wherever the doctor is dropped off by TARDIS (short for Time And Relative Dimension(s) In Space), a time machine that is forever stuck in the shape of an old blue police call box due to a malfunction.

The show’s popularity has been evident since its start. It has been around since 1963 and has survived the transition between 11 different actors playing the Doctor, a process written into the series as the plot device of regeneration. This means the Doctor can regenerate his body when he is near death, causing him to look different from his last incarnation. David Tennant announced he would quit Doctor Who and his replacement, Matt Smith, will begin playing the Doctor in the next season.

While it might seem hard to jump right into a show that has been going since the 1960s, “Doctor Who” will win viewers over with its interesting story, amazing writing and likeable characters. It is not necessary to see the previous seasons in order to get into the show, but it does help understand the back-story a bit more.

All in all, “Doctor Who” is a wonderful show that is dramatic, touching and downright hilarious, all in one. The jokes are genuinely funny, the show is dramatic and viewers will quickly grow to love The Doctor and the other colorful characters he meets throughout his travels. This show is a must-see.

“Top Gear” combines motor vehicles, humor and ingenious challenges to create one of the greatest shows on air today. The show is part motor vehicle review and part entertainment, with hosts James May and Jeremy Clarkson trying to outdo each other in zany, ridiculous challenges like car soccer and ice-racing a bobsled against a Norwegian rally car on ice.

The show is only made all the more endearing by the interactions between the hosts and their occasional guest Richard Hammond, who alternatively bicker and bond between jumping cars off of ski jumps and trying to drive to the North Pole.

While the show is about cars, it is not necessary to know anything about driving to enjoy the quality programming.
The show, on top of being brilliant, is hilarious and strangely human. The zany and insane things that the hosts do for their viewers will make you laugh and care about the two aging men driving a car through the Vietnamese jungle more and more. It is easy to see why this is one of the most watched shows of all time.

British programming combines dry British humor and a healthy dose of realistic character interactions to create an experience that makes viewers not only laugh, but also relate to the character. If American TV series could learn how to mimic their British counterparts then abominations like MTV’s “Date My Mom” could be avoided. Because a serious shake up in the American TV industry is unlikely, the next best thing to do is tune in to these programs.