Bring on the Construction Paper 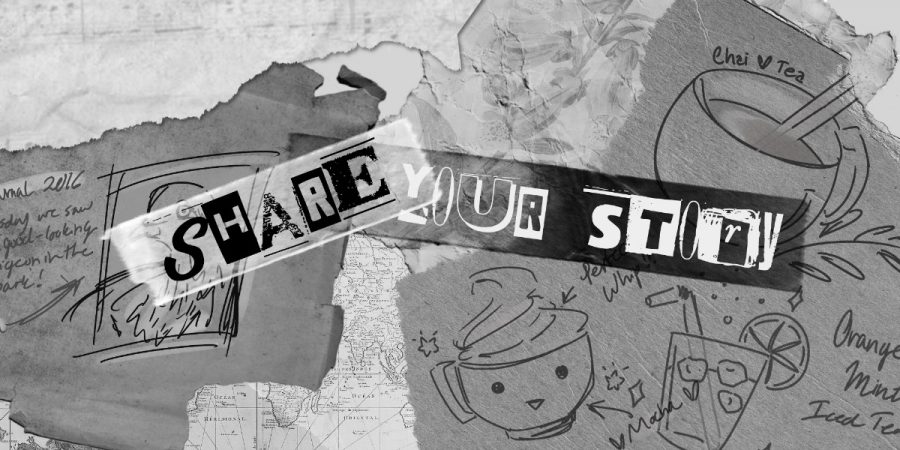 I took a field trip to Anno Domini, a privately owned art gallery in downtown San Jose that prides itself on featuring self-made artists. The current exhibit, called “The Art of Zines,” features a temporary library of international zines, and they were amazing. I didn’t know what a zine was when I walked in, but the gallery owner made sure to clear it up. It seems like the term “zine,” which started catching on back in the 1930s, can actually be used pretty liberally to describe any self-made, self-published, usually self-circulated and non-profit creation, including websites, blogs and papers. But the zines stacked along the walls of the little art gallery (which everyone should go visit, by the way) were all booklets. Folded and bound by their creators, these tiny books ranged from three pages to twenty, from the size of a picture book to the size of a quarter, and most were printed on normal copy paper.

But it was the content of these little creations that really captured me. There was a zine about little ghost girls running through a forest, one about the dangers of plastic bottles, and one about patty cake and feminism. There was a zine about losing a father, and also one about losing a hamster. Some were filled entirely with photographs, some were collaged with photocopied magazine cut-outs and scribbled paint strokes, some were carefully hand-drawn. “Chatty Boys” featured the lewd comments of the author’s various romantic partners coupled against drawings of their hands, and “Dicks in History” had a picture of a cartoon Hitler, with an extreme caricature of his butt-chin (for lack of a better word) on the cover. No matter what the topic was in this unbelievably varied collection, each zine was so saturated with the author’s touch it felt like flipping through the inside of their brain.

The most important thing about these zines is the intended audience. Some seem to be created for anyone, some for a specific group, some really just for the artist themselves, but regardless, the zines are always aware they are meant to be read. The artist wants the reader to hold the little book in their hands, flip through the pages and carry it around in their pocket as a tangible piece of their mind.

That’s why I think you should make a zine. I think everyone should make a zine. Our generation is already surrounded by so many different versions of digital personal expression: Instagram, Tumblr, VSCO, and while I agree that they constantly inspire and push the creative community forward, they also can be restricting. Rarely in our efforts to create an “aesthetic” or “feel” that represents ourselves do we take to paper and glue and actually make something with our hands. I think there is a value to creating something personal and specific to your chosen audience, and wasn’t made by choosing a premade template, reblogging reblogged photos, and filling up all the “enter text here”s.

Zines are old. Vintage, if that makes it seem more attractive, but I’d like to argue timeless. They were always a crucial idea-sharing instrument of various counterculture movements throughout our nation’s history, and right now, I think we should make more. Grab that construction paper, folks.