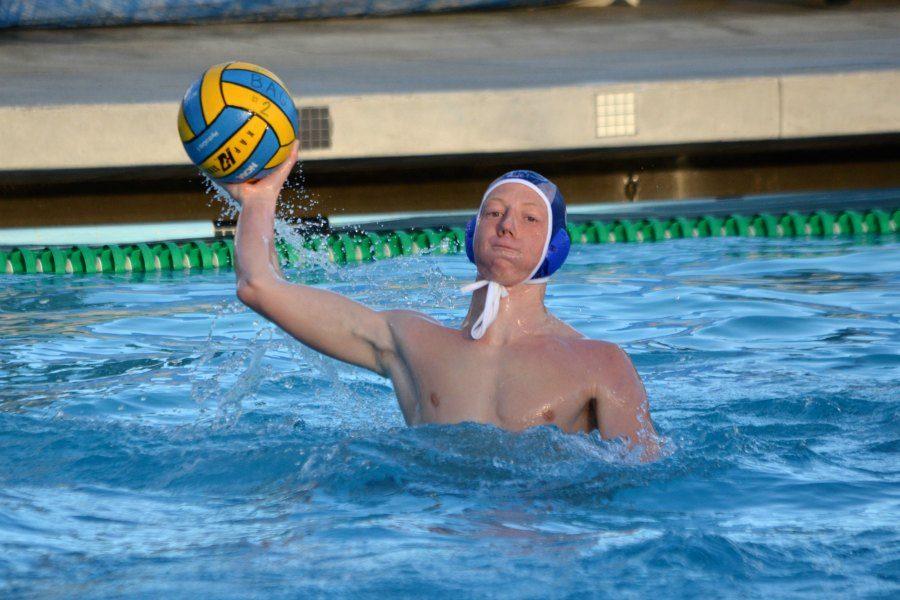 The boys varsity water polo team exceeded expectations last season. This year, they have no plans to slow down.

In 2015, the team finished with a final record of 8-7, garnering them second place overall in the De Anza league and a trip to the CCS tournament. The Eagles suffered a disappointing first-round defeat in the tournament, but coach Seth Tasman remains confident the team can improve on its success this season.

“We have a very competitive league, so finishing in the top four is our goal,” Tasman said. “We definitely want to move past the first round of CCS this year.”

The team is a diverse bunch, with contributions coming from every level. This season, two freshmen are on the varsity team. In addition to the wealth of young talent, returning seniors provide a strong veteran presence.

“I think as a leader, it’s all about making sure everyone is putting in what they can, but  you [also] have to be able to communicate with everyone,” senior Nick Rodriguez said. “You kind of have to push everyone past what they think they can do.”

This season, the team is implementing a new captain system in which players are chosen on game days to lead the team, based on their effort and attitude in the days leading up to the game. Traditionally, the coach rewarded the title of team captain to one or two seniors that exemplified good leaders. Now, the coaches hope that this change will keep the players motivated and willing to perform consistently at a high level.

With an abundance of skill, the Eagles emphasize the concept of teamwork.

“There are a lot of teams who will rely on one or two players who are the best players on the team,” Nick said. “I think our coach really trained us well enough that we have a variety of players. So we’re not focusing on getting the ball to one player as much as everyone really has the opportunity to make a move or score.”

Although the team made great progress last season, both the coaches and players see room for improvement.

“Our team chemistry and communication is something we’re really focusing on this year; getting all the kids to work together, and figure things out in the pool, on their own,” Tasman said. “And our defense, that’s a big thing for me. Our defense can always improve and get better. If you’re conditioned and you can play defense, you can hang with any team in this area.”

The team looks forward to games against Palo Alto, Gunn and Los Gatos, as they are considered some of the strongest teams in the league. Students and staff are encouraged to support the Eagles as they chase a potential league title and CCS berth.

“Whenever our Mountain View game is, [or] some of our rivalry games, we would love to get a lot of people on the pool deck to watch high school water polo,” Tasman said. “I think if they gave it a chance, everyone would really like it.”

Their next home game is against Mountain View on Tuesday, October 4, at 3:30 p.m.