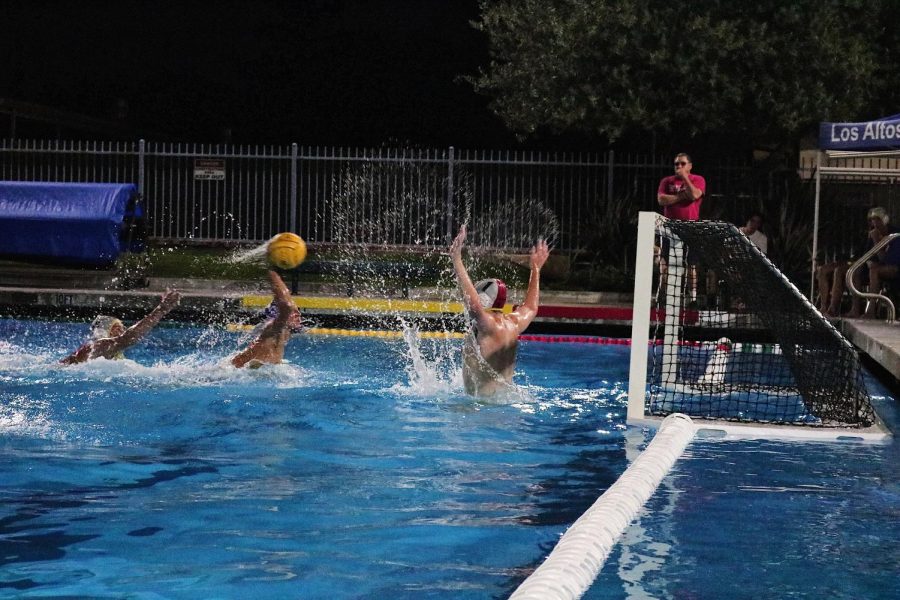 The varsity boys water polo team made a splash on Thursday, September 26 when they beat their Mountain View rivals at a home game with a final score of 18-10. Despite losing in their previous three games against the Spartans, the boys managed to overcome recurring issues with defense and targeted key players in order to give themselves more frequent and better opportunities to shoot. Their victory further exposed both the strengths of the team especially regarding offense and team dynamics as well as their weaknesses.

After being out for two weeks due to a concussion, senior Boris Palant stepped back into the game and met his initial expectations of delivering a win.

Whether it was due to the late time of the game or other external factors, the team initially struggled with keeping up a strong defense. However, after ending the second quarter with a score of 8-9, the team improved their approach by increasing presses in order to limit Mountain View’s top scorers and scored four consecutive goals towards the start of the third quarter.

“We started running more of a zone defense instead of a man-to-man press,” coach Seth Tasman said. “Trying to get some other Mountain View players to shoot the ball besides their top two guys that were pretty much scoring it will on us. We wanted to deny them shots and force other people to score.”

The varsity boys water polo team looks forward to another strong season and is expected to play Mountain View again on Wednesday, October 17 in an away game. This weekend they will face several teams including Stevenson High School at the Carmel Invitation Tournament.