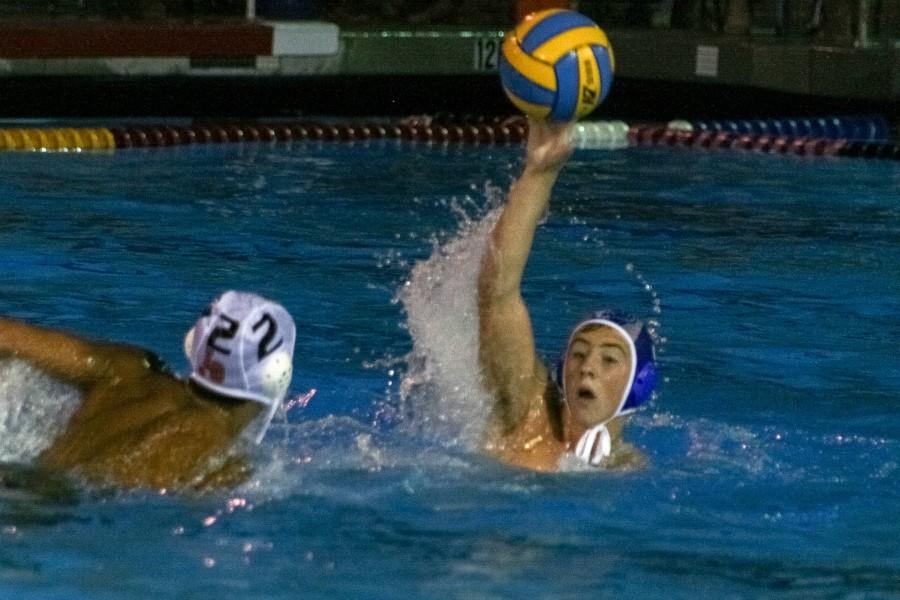 The varsity boys water polo team lost to the Los Gatos Wildcats 8-12 on Tuesday, October 13. The loss added to the Eagles’ losing streak of now three games making their league record 4-4. The Eagles put on a good fight in the second half, but failed to catch up in the end.

During the beginning of the game, back-to-back turnovers and ejections from the Eagles allowed the Wildcats to build a 0-4 lead going into the second quarter. Despite the score, sophomore goalie Connor Brett made some big saves providing some stability to the defense.

Los Gatos added two more points to their lead at the start of the second quarter making the score 0-6. Not backing down, senior captain Jim Hollingworth put Los Altos on the board after the Eagles drew an ejection. The Wildcats answered back with a lob shot, but sophomore Kyle Sandell responded with a goal of his own to bring the score 2-7. Los Gatos added two more goals to its lead, and the half ended with 2-9 on the scoreboard.

Things took a turn for the better for the Eagles during the second half. Los Gatos scored once again, forcing head coach Seth Tasman to call a timeout, but the Eagles came out fast from the break. Goals from Kyle, sophomore Eric Warmoth and junior Ryan Fisse brought the score to 5-10 by the end of the third quarter.

The Eagles maintained a strong defense in the fourth quarter allowing Los Gatos to score only two points. Continuing to push the offense, Jim, Eric and Ryan all scored goals, but they could not fully close the gap, and the game ended with Los Gatos winning by a score of 8-12.

After Los Gatos dominated the first half of the game, the Eagles bounced back in the second half by adjusting their defense and their mentality which led to an offensive surge.

“Overall the game was rough, it was pretty hard,” Ryan said. “We really picked it up and played very well in the second half of the game, but unfortunately our lack of intensity in the beginning put us behind too far for us to come all the way back. I thought there’s a lot we need to work on, but with all of the stuff we need to work on, I think the biggest thing [to improve on] is our mindset and making sure we go into [every] game thinking the right things.”