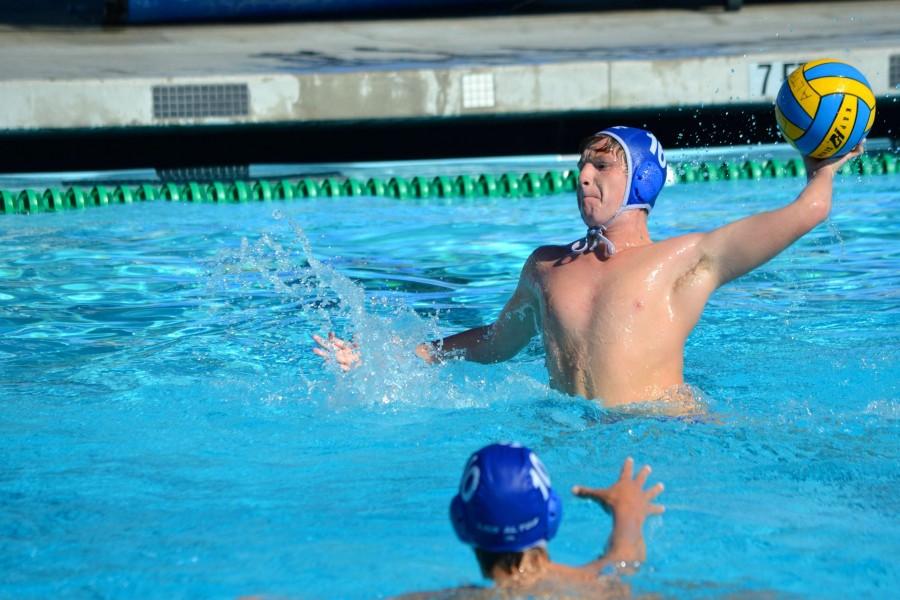 On Thursday, September 17, the boys varsity water polo team won its first league game of the season at home against the Wilcox Chargers, who moved up to the De Anza division after an undefeated 2014-15 season, by the score of 12-4.

The Eagles scored first after sophomore Eric Warmoth stole the ball and ended with a solid assist to junior Nick Rodriguez who buried the ball into the cage. However, Wilcox answered with a goal to tie the game at 1-1 with three minutes left in the first quarter. Goals by junior Scott Cairns and senior captain Jim Hollingworth put Los Altos in front 3-1 at the end of the quarter.

Going into the second quarter, Wilcox won the sprint and started with a man up due to a prior ejection late into the first quarter. The Eagles maintained a strong defense throughout the quarter with multiple shot blocks and steals. Sophomore Kyle Sandell added to the lead, making it 4-2 with a quick shot from set to end the quarter.

Starting the third quarter, the Eagles won the sprint and scored two minutes in, making it 5-2. Los Altos tacked on three more goals, Wilcox pulled one back, and the quarter ended with the Eagles on top 8-3.

The Eagles closed out the game in the fourth quarter with four more goals — two from junior Nick Rodriguez two from junior Ryan Fisse. Sophomore goalie Connor Brett allowed only one goal from Wilcox, ending the game with a final score of 12-4.

The win was truly an a team effort, indicative of the style of play the Eagles are aiming for this season.

“Our team is very young but very talented, so I believe that if we all work together, we can go pretty far this season,” junior goalie Vishnu Ram said. “Our start [of the game] was slow, but we got into it pretty quickly and ended up winning.”