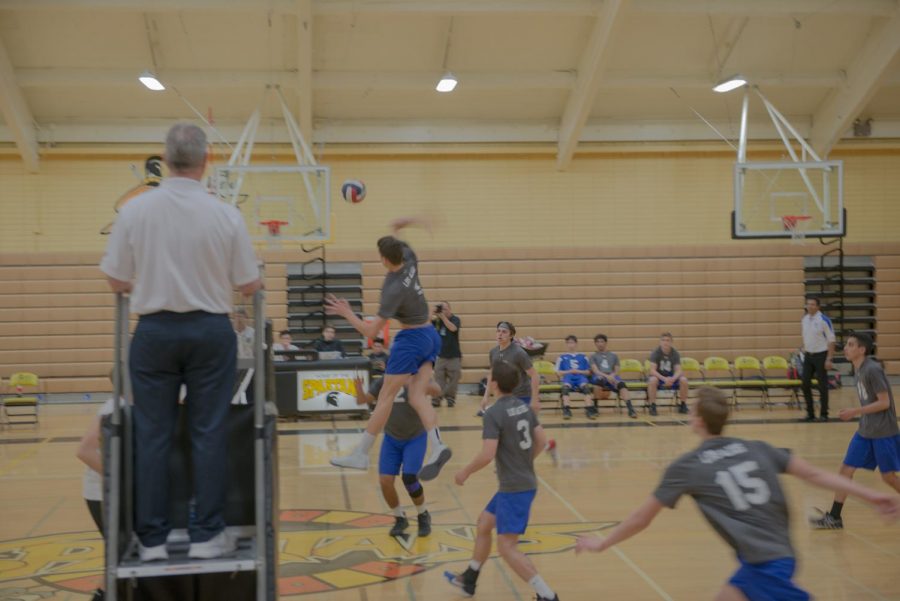 On March 7th, the Varsity boys volleyball team narrowly beat Mountain View 3-2 in their third league game of the season. Strong performances from seniors Casey McConnell and Attila Delingat and junior Nicholas Fache contributed to the Eagles’ win, netting them their first win of the season and bringing them to a 1-2 record.

In the first set, Mountain View came off with a strong start, scoring 7 straight points to open the game, beating Los Altos by a comfortable lead of 25-10 in the first set.

In the second set, the Eagles stepped it up and stayed neck-and-neck with Mountain View, bringing the game to a 24-24 tie. To win a set, a team must win by 2 points, so Los Altos did just that to tie the game 1-1 in sets.

The third set was just as competitive as the second, both teams coming up with big plays to keep the set even. The set came down to 22-22, when the Eagles surged forward and gained critical points to win it 25-23 and give them a 2-1 lead.

Los Altos could’ve closed the game by winning the fourth set, but Mountain View didn’t budge and scored two clinical points at the end of the set to win 25-22 and tie the game and bring it to the final set.

The fifth set went up to 15 points to win the game, and Los Altos gained many quick points, putting themselves up 9-5. The Spartans jabbed back, however, closing the lead to 11-11. Los Altos prevailed however, with an error from Mountain View helping them win 13-15 in the set and securing their first victory of the season. Their next game is against Monta Vista at home on Tuesday, March 13th.