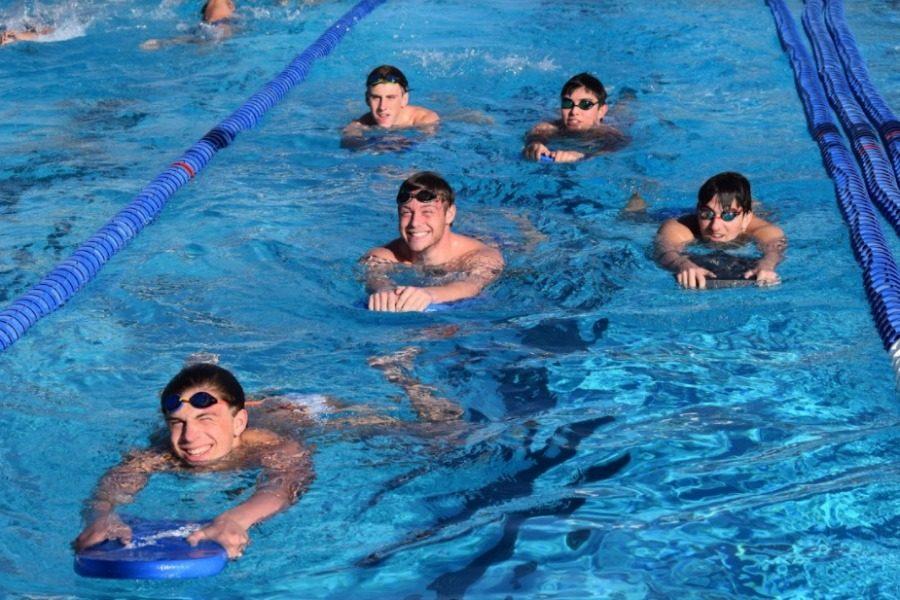 The atmosphere for the boys swim team has dramatically changed this season, with many new players and strategies for the year. The loss of past key teammates have been replaced by an influx of underclassmen to fill in the spots of their predecessors.

For the four years swimmer Albert Gwo ‘16 attended Los Altos, he served as the star player for the boys varsity team. He swam record times in both league and CCS competitions, a hard feat when in competition with highly trained swimmers from schools such as Palo Alto High School and Gunn. He later attended U.C. Berkeley, and his absence can be felt on the team.

“Albert was kind of a high-profile name for Los Altos and really got our name on the map,” varsity boys swimming head coach Seth Tasman said. “It really hurts that we lost him when he graduated last year. He won five CCS championships [races] and won three CIF state championships. He reigned here. It was very cool to have coached him.”

“He did a good job at practice helping his teammates with their stroke technique or demoing how to do a flip turn,” Tasman said. “It was great for [his teammates] to watch him compete at the highest possible level for a high school athlete. Having him in the water here was great for everyone to look up to him and train to keep up with him everyday.”

This year, the team also took in a large influx of underclassmen, an unusual change for the team dynamic in comparison to previous years, when the team remained relatively compact. These new swimmers boast a variety of swimming strengths and allow an increase in participation of more diverse events, thus leading to more opportunities to earn points in meets.

“We are now very deep in our swim team on JV and our varsity, whereas before we only really had Albert or one or two really fast people,” Tasman said. “Now we have a lot more depth to spread out amongst everyone, so we should hopefully score higher.”

Around three-fourths of the swimmers are also water polo players who, while well-versed in aquatic practice and speed, may not swim with correct form. A large part of breeding a strong team comes from transferring this power into proper technique.

“Water polo swimmers look very sloppy and choppy in the water, whereas a true swimmer is very smooth,” Tasman said. “So we’re trying to combine them together to get the perfect swimmer.”

With new team members also came new scheduling for the team. Morning practices have been cut so that the swimmers can also focus on their main job as students at Los Altos. Instead, more dryland practices have been added to the weekly regimen, with swimmers spending more time lifting weights and running than they have in years past. Daily in-water training is accompanied by dryland every other day, offering a rigorous schedule for swimmers to keep up with.

“They’re definitely exhausted [after practice],” Tasman said. “It definitely takes someone that is mentally tough and willing to work hard and stay committed to be good at this. Where I feel like some other sports you kind of just show up and have a good time, here we’re trying to get everyone to work hard and get better as a collective group.”