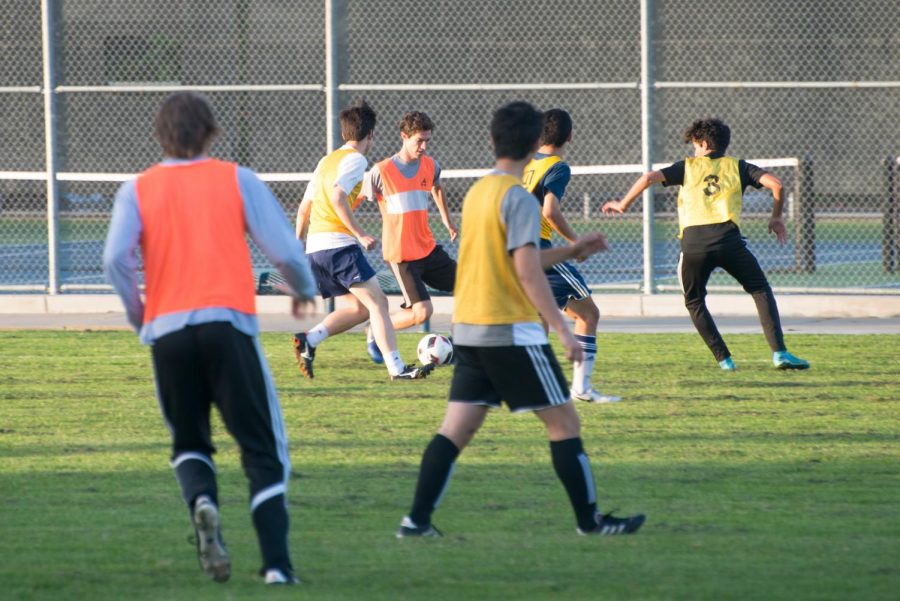 In the past two seasons, varsity boys soccer has been able to qualify for  CCS. In both seasons, the team  failed to advance past the first round. This season however, the team looks more promising than ever, Coach Vava Marques announced the final roster on Wednesday November 29th after a long, difficult tryout.

Last season, the team was 5-3-4 in the SCVAL league, ending their season in the first round of CCS in a 5-0 loss to Mitty. This season, many seniors were lost, but thanks to a strong generation of current juniors and seniors, filling in gaps from last season wasn’t hard to do. There are no sophomores on the team and one freshman, Jimmy Dessouki.

“I feel really good about [the team] because it was probably the hardest tryout that I did,” Vava said, “The technical level of the players is pretty much there, it made it very difficult to make the decisions because we had so many good players.”

This wide range of players will allow for a lot of depth in the team during games.

“We’re pretty deep on our roster,” Senior Luke Wangsness said, “We have a lot of people who come off the bench and play at a high level.”

The team will play their first game on January 18th against rivals Mountain View, who they tied with both times they met last season. Until then they will be practicing nearly every day and participating in preseason friendly games and the Homestead Christmas Cup.

“I’m a big fan of seeing the guys playing as much as they can and have a flow of the game in terms of encouraging the creativity,” Marques said. “Not so much the tactical part but the chemistry and have them playing good soccer.”

The team’s first friendly game was a close 1-0 win over Menlo Atherton. Junior Oliver De Visser scored on a free kick, one of the few chances in a very gridlocked, defensive game. Menlo Atherton went to the CCS semi-finals last season while Los Altos were promptly in the Round of 16. Although it was just a friendly, the team showed great improvement from last season.

“The game against Menlo was a good game, I can definitely tell that we started to play as a team together from practice,” Junior Harry Allen said, “During  the second half I think we played more together, we played the ball at the back a lot more and that’s definitely where we’re gonna go for in the rest of the season.”

The varsity boys soccer league in CCS can be very unpredictable. Last season, no. 8 ranked (of 16 teams) Lincoln High School won CCS and the season before that, no.16 Everett Alvarez high school made it to the final, knocking out LAHS in the quarterfinals along the way, who were seeded 3rd that season. Every season is an opportunity to win.

“Our short term goal is to win the conference, you don’t know how good the other schools are gonna be, everyone’s got a shot at it,” Marques said, “I feel like with the quality of players that I’ve seen so far, I feel like we’re gonna have a good team and in the long run we can win CCS.”