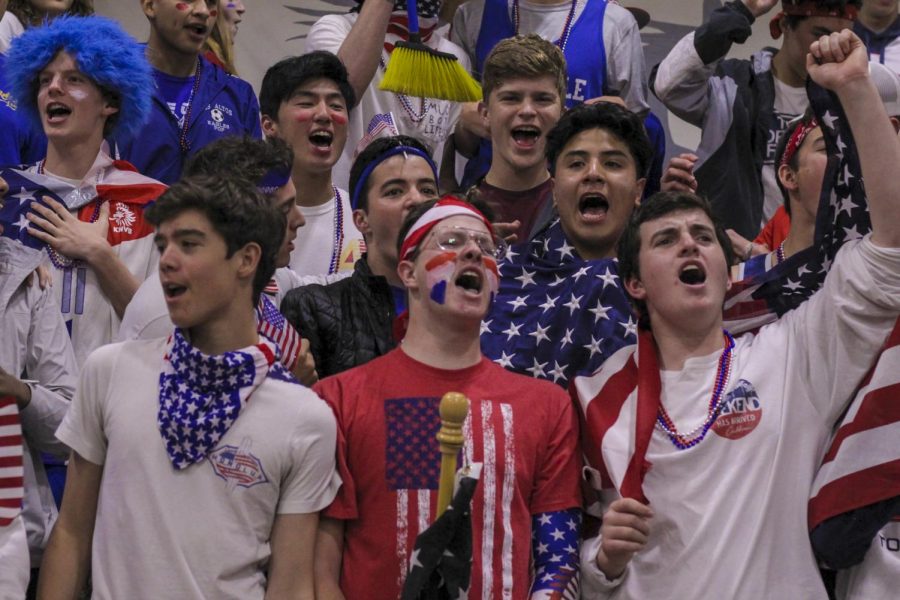 The stands were packed before the game started, and each school came decked out with its spirit. Los Altos’ USA theme even managed to spark a sign featuring Channing Tatum holding two American flags as well as a Star Spangled Banner performance by the crowd. While each side of the bleachers was chanting back and forth in the first quarter, by the halftime show that the Los Altos dance and cheer teams put on, Mountain View’s lead had nearly silenced the Los Altos crowd.

At the end of the first quarter, Mountain View led 21-3, and Los Altos failed to make any comeback afterward. Sophomore Eric Jones carried Los Altos for the points the team did score, scoring nine in the second quarter, but the team failed to keep up with Mountain View’s strong shooting game inside and behind the three-point line. By the end of the third quarter, the substitutes came in to finish the game, giving bench players an opportunity to see some playing time. Despite a strong start to their season with six consecutive non-league wins, Los Altos is now just 1-4 in league games.