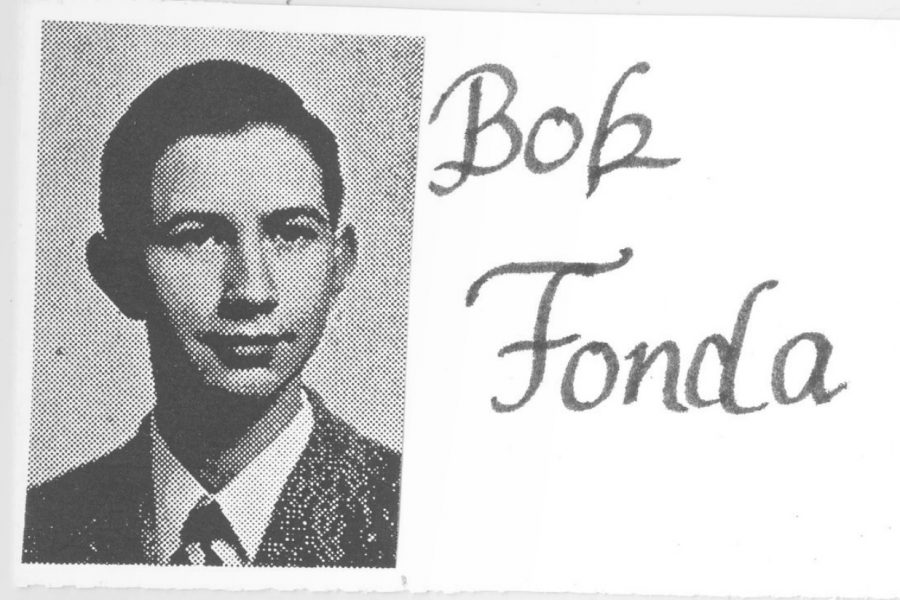 Robert “Bob” Fonda wasn’t a coach, an administrator or even a full-time teacher at LAHS. He was a substitute at Los Altos and Mountain View High School as well as at the elementary and middle schools in the Los Altos School District. He touched the lives of thousands of students and coworkers. When Fonda passed away on Tuesday, April 12 at the age of 90, many of those he taught reflected on the man considered one of the best substitutes in the district.

“Mr. Fonda was the kind of sub that students always looked forward to having,” junior Margo Lusinchi said.

Born in Oakland in 1935, Fonda lived enough for two lives even before he became a teacher. After joining the Coast Guard during World War II, Fonda went to San Jose State University and then Stanford to receive his education. From there, he travelled all over the world, both for business and adventure. His journeys took him from the Soviet Union to China, and on the way he became a veritable polyglot, eventually becoming fluent in nine languages. He spent years living in Thailand and Japan before eventually returning to the Bay Area and becoming an icon within the community.

As a substitute, Fonda became well-known for his kind and caring attitude and his gentle demeanor. Fonda transcended the traditional expectations some students would have for substitutes; he was a passionate teacher even though he was only in each class for a day or two. He brought his unique sense of humor — often centered around students’ notions of his age — and a love of knowledge to the

“Whenever he would sub for us, especially in seventh grade for world history, he would always bring in artifacts from the time period,” sophomore Ananya Subramaniam said. “He would make jokes like ‘Yeah, I’m so old that I’ve lived through Ancient China.’”

What made Fonda such a good teacher and an even better role model was that just as students loved learning from him, he loved teaching and interacting with students. While he was a substitute teacher, he still had the effect that a long-term teacher can have on his pupils.

“Doing this brightens me up,” Fonda said two years ago in an interview with The Talon. “I come in feeling very brightened up [with] a quick step… I feel I’m composting… recycling myself in a sense… My greatest desire is that after I have left the class, I hope and pray that students have been enriched by… my ‘composting,’ [that it] is really helping provide good soil for them to grow and mature.”

Perhaps most emblematic of the care Fonda had for the community was his work as a substitute for Special Education classes. While such a task may seem more challenging to the outside observer, Fonda embraced the challenge with his trademark kindness and dignity.

“He was different than most of the subs we encountered,” Bobbi Behlen, a retired Special Day Class aide who worked with Fonda at Loyola Special Day School and Bullis Charter School said. “He actually wanted to connect with kids and learn more about their learning needs.  Most subs come in [to]…. SDC sit back and let the aides take charge. Not Mr. Fonda. He sincerely spoke with them, individually, trying to memorize each name. He told them stories of his life and did get off topic at times, but it didn’t matter. You could feel his passion for life.”

Fonda epitomized class, kindness and compassion, and while he might not be subbing anymore, his lessons will remain in the school and the community for many years to come.

“I learned from him never give up,” Behlen said. “Even when our old bodies start to weaken, keep moving on. Continue to do what you love no matter how old you are.”