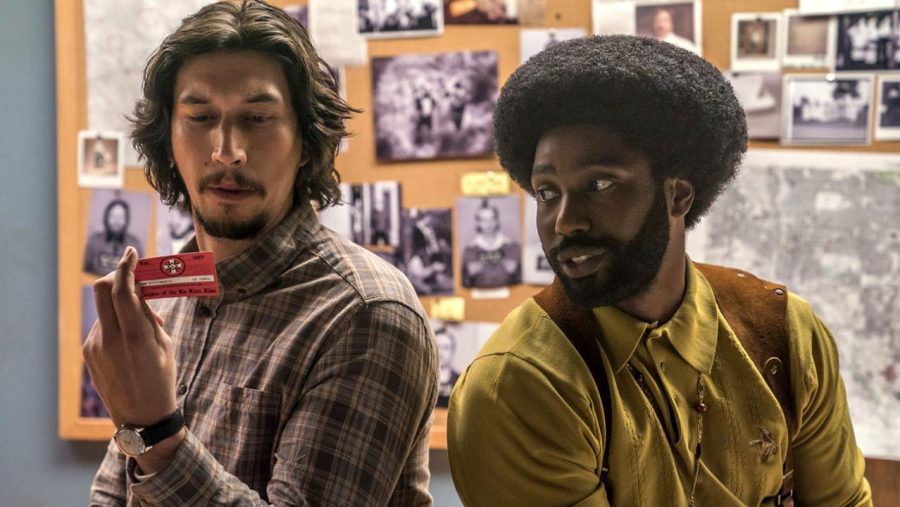 This opinion contains spoilers from the film.

BlacKkKlansman is a film in theory that should work. That is, of course, if it actually stuck to the truth. And it’s doesn’t.

In BlacKkKlansman, Ron Stallworth, the first black police officer in Colorado Springs, infiltrates the KKK by impersonating a white person on the phone, and a white cop pretends to be him during social interactions. The first screen of the movie simply states, “This really happened,” and the overall narrative may be true, but the details are where this film falls apart. Spike Lee, director, co-writer and co-producer, created a false narrative, stringing together completely fabricated anecdotes, exploiting his audience into believing the intentions of the police and black power supports were the same. Lee’s goal in this film is to not tell an accurate story; it’s to tell a story that attempts to promote an anti-Trump agenda that is ineffectively inserted into the true story of Ron Stallworth, who was a villain, spying on pro-black groups for the FBI.

Perhaps the only motivation remotely visible for Lee making this film is appeal to non-black audiences, to profess the existence of white supremacy in hopes of incentivising change. Yet, by mostly ignoring the very plight of black people in America by sharing a fake story is not only wrong, he fails to tackle the truth that police brutality still affects non-white people today. The progress he professes we must make, with hints at Trump throughout the script along with the ending Charlottesville montage, cannot be made from BlacKkKlansman, a film that is false and does not adequately tackle the true fears that black people have today of white supremacy.

If you actually dig into the facts of Ron Stallworth’s story, it won’t take you long to find out that so much of this film is false. A few weeks ago, Boots Riley, the director of Sorry to Bother You, tweeted a succinct explanation about who Ron was and what he did. The bomb, the main threat of the whole film, never was planned nor ever exploded. The ending scene, where Ron’s black power girlfriend helps set up a racist cop, also never happened. The girlfriend in the movie? Not real. The Jewish police officer? Not actually Jewish. But that doesn’t even get into the most problematic part of this film: Ron Stallworth.

In any objective sense, Ron Stallworth was not a hero. For three years, he was on assignment infiltrating black extremist groups through the FBI’s notorious COINTELPRO initiative, the same group that spied on MLK. It was true that his first assignment was to attend a Stokely Carmichael talk, but this idea that he was preaching to take arms has never been verified. The film stays true to the fact that Ron Stallworth did investigate the KKK, and for that he’s to be commended, but his assignment on the behalf of COINTELPRO should not go unnoticed.

All of the issues in this film are Lee’s fault. He took a story, much of which is unverifiable aside from Ron Stallworth’s book, and uses it to extrapolate and pull in real world issues that have no substantial relevance to the real Ron. At the end of the film, after which you find out that all the files from the investigation are “destroyed,” the movie shifts into a memoriam discussing the one year anniversary of the Charlottesville white supremacist rally. UVA students who organized the counter protest last year have a GoFundMe page explicitly sharing the fact they said no to having a tribute and footage into the film, and yet Lee still did it.

But why? Why is this related at all to anything about the film? Is it this idea that white supremacy is still running rampant? If so, it’s ludicrous to just paint the police as an all-perfect entity, that especially during the seventies, that a whole firm in Colorado could be this aligned to black power movements by black students. If the audience was truly aware of the facts behind this story, would you find it fair to have a montage like this?

Lee created a false correlation between the police. Never mind the fact Ron’s co-investigator on the case wasn’t Jewish, Lee painted Kwame Ture, Stokely Carmichael, as an enemy of the state. Ture at the time this film was set was preaching education, not to assemble arms against the state, faking conflict and violent plans by black people. Lee is equating Ron’s infiltration of black empowerment groups with the goals of the police, which for many black people today and especially back then, was never a reality. This fabrication, as Boots Riley puts it succinctly: “For Lee to come out with a movie where story points are fabricated in order to make Black cop and his counterparts look like allies in the fight against racism is really disappointing, to put it very mildly.”

I want to like this film. I really do. And had I not known the true story of Ron Stallworth and had this not been a true story, I would still enjoy it the way I had the first couple days after I saw it. But as a black person, I have to pause at times to hear a black-led movie receive so much praise from most audiences. It kind of makes me question really what I may be missing in watching a film.

We, black people, cannot truly progress if there are films being made solely for the purpose of exciting people and not actually informing them about what it’s truly like to be black. There are so many possible stories that are actually 100% true and have not been told in modern cinema. Why isn’t there a W.E.B DuBois biopic? What about Ella Baker? Black people have done tremendous, exciting, and most of all, real things that have impacted our country. How could it be productive to share a fake story?

BlacKkKlansman may have been a great film had it not been claiming to be a true story. But it was. So, watch BlacKkKlansman if you want, but you should first donate to the UVA students GoFundMe page and support the real movement.