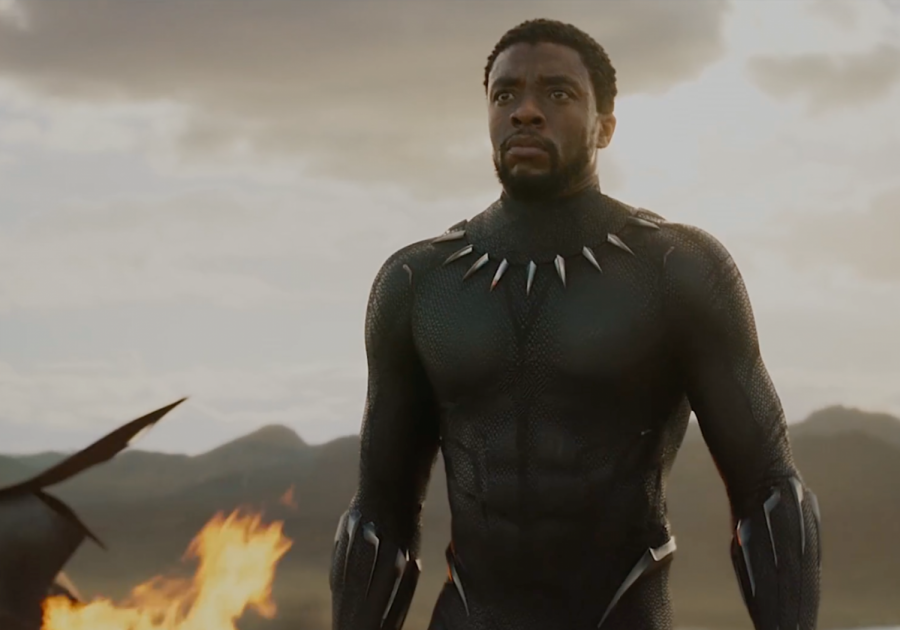 By Noah Tesfaye and Danny Vesurai

“Black Panther” marks a proud, ferocious and comprehensive cultural milestone. Like its lead characters, it pushes beyond the boundaries of what’s accepted in superhero movies and in Hollywood.

As the first ever full-budget action film with solely a black lead cast, “Black Panther” is Marvel’s most unique film to date. No film has been able to deliver such a cohesive and satisfying plot with a complex, often pensive superhero (and supervillain) since the Dark Knight trilogy.

The character-driven writing by Ryan Coogler and Joe Robert Cole provides a first for Marvel films: independent and powerful black leads. They not only made a film about a superhero and his team who are black, but a film that is grounded upon the race and ethnicity of the characters and actors. No action, no plot shift and no line in the film is made without the acknowledgment and understanding of centuries of racial struggle that continues today.

“Black Panther,” unlike any other superhero film, challenges viewers to think about black suffering and black liberation. The two opposite methods for black liberation, one endorsed by King T’Challa and the other by the main antagonist Erik “Killmonger” Stevens, are as intricately tied together but vastly different as MLK’s and Malcolm X’s. The arguments and debates between characters throughout this movie invest audiences in real world disagreements about how to deal with poverty and racism. Unlike any other in the Marvel Cinematic Universe (MCU), this film is honest about today’s issues and gives a strong showing on race.

Beyond its messages, “Black Panther” is also a lyrical and technical triumph, blending traditional African culture and futuristic fancies. Wakanda is a nation attuned to nature, and a rich musical score, colorful sequences of tribal rituals and beautiful panoramic shots of African plains and wildlife coalesce into an afrofuturist heaven. It’s an imagining of the African country that would exist today if not for centuries of colonialism and oppression.

The movie follows the events of “Captain America: Civil War,” in which King T’Chaka of Wakanda dies in an explosion at a U.N. center in Vienna. Returning home to what the world thinks is only an African third-world country, T’Chaka’s son T’Challa must assume the throne and defend Wakanda from domestic and foreign threats as the Black Panther.

Wakanda has an abundance of the powerful and valuable metal vibranium, which gives it a sleek, futuristic and almost otherworldly appearance. But while Wakanda is like Asgard in all its shiny glory, the stories “Black Panther” tells are rooted in real injustices and connect to much of today’s circumstances.

As the movie progresses, Black Panther is forced to grapple with questions about Wakanda’s role in the world and what type of king he wants to be. He has to deal with whether he should help African people outside Wakanda facing poverty and oppression, and whether he should share Wakanda’s vibranium and their advanced technology with the rest of the world.

Killmonger, portrayed touchingly and and at times comically by Michael B. Jordan, is the best villain the MCU has offered thus far because of his complex, grounded motivations. Through learning about his history and past, the audience can sympathize with the motives for Killmonger’s actions and almost believe that he might be doing what is right for Wakanda. (Even though Chadwick Boseman’s T’Challa is realistic, charming and does a great deal of introspective contemplation, Jordan outshines him in all the same categories.)

Other noteworthy performances push the movie into feminist ground; women play an integral part in how T’Challa and Wakanda operate. Particularly, the character arc of independent, fierce Okoye (Danai Gurira) — the leader of the all-female, king-protecting bodyguards called Dora Milaje — highlights the independence and power of women in Wakandan society.

“Black Panther”’s moments of high tension occur with the presence of strong 808 bass and beats from Kendrick Lamar’s soundtrack and Ludwig Göransson’s score. Much of the ever-popular symphonic music in many high budget films are complemented here with African drums, providing an eclectic sound that is unique to this film for its genre.

This film does have some shortcomings, with its lack of a strong motive for the secondary villain, Ulysses Klaue, and a weak introduction to the history of Wakanda. Still, “Black Panther” delivers on the most crucial parts of any superhero film: its compelling character narratives and overall plotline.

“Black Panther” serves as the first time a full black lead ensemble of both actors, writers and director have come together for a full-budget, blockbuster film. Especially with its release during Black History Month, it is a proud moment to see one of the most triumphant movies in the MCU is also the first black and best superhero movie made since the Dark Knight.