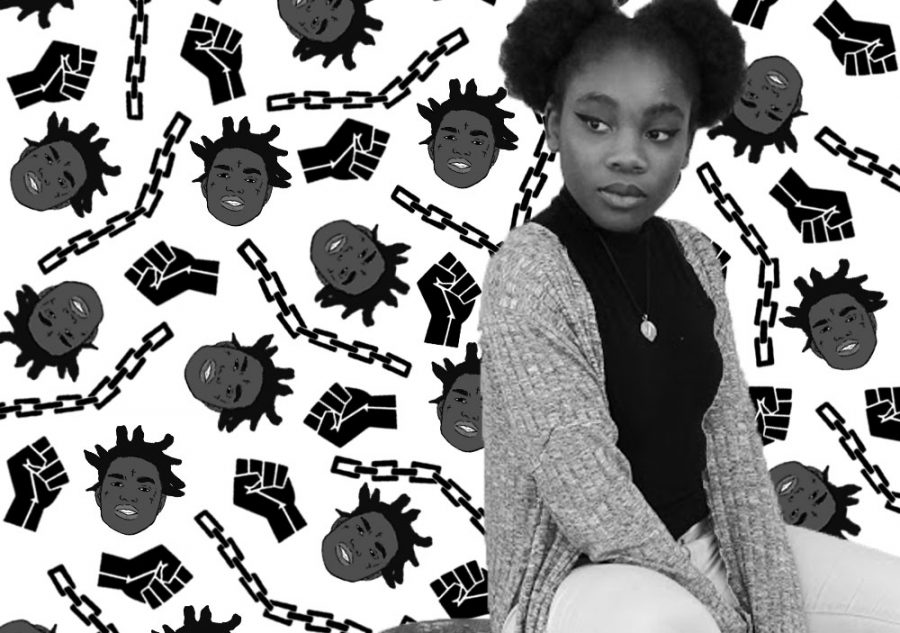 When I was in the fifth grade, the one black boy in my grade (there may have been a few, but regardless) without any provocation said to a group of other kids, “I wouldn’t date Tino. She’s ugly.” Granted, he thought I didn’t hear him.

Lil Punk… Tino doesn’t want to date you, of all people, either. How dare you say that in front of all these non-black kids? What he said didn’t hurt my feelings per se. It angered me because he was saying subconsciously that it was okay to see me, a black woman, as unattractive due to the color of my skin because even he, a black man, was willing to call that out publicly.

Growing up as usually the only black girl, I wasn’t uncomfortable in my skin. I knew this would be my experience and I had no room to be insecure.

However, what I find absolutely pathetic and troublesome is that for the most part, the black woman’s biggest hater is the black man.

I’m not the first nor will I be the last to say that. There are good black men who love and support black women of all kinds but at the same time, some loud black men are the biggest discouragers of black women, particularly those with darker skin.

The rapper, Kodak Black, ranted on Instagram about his preference for “lighter-skinned” women over “dark-skinned” women. In essence Black said that he doesn’t want to “deal with a dark skin woman” and that, “We too gutter. Black people, my complexion, we too gutter. Light skin women, they’re more sensitive. [Dark skin women], they too tough.”

If you’ve ever seen Kodak Black you know he’s black in complexion, not just culture. For Kodak, dark-skinned women are aggressive and light-skinned women are an easy-to-manipulate “preference.” Kodak was ignorant to share his offensive and ill-advised opinions publicly. But as extreme and shocking as his comments were, it’s even more upsetting that there are many black men who share his sentiments.

How much have my people internalized the hatred and venom of the white man (I use this phrase to refer to the imperialistic, colonizing, slave-owning, racist white man) that when they look at their own women they find them unattractive, “too gutter,” and “ugly”?

But let me pause. Not too long ago this very skin was taken, bound, shipped across oceans, whipped, marked, branded, dehumanized, and over time it has been taken again. Over 12 million people suffered deeply through slavery. The black woman who you call “too gutter” has supported you through the suffering of your brothers and sisters at the hands of police brutality and political abuse, and now you want to cower away from your blackness?

You are better than that, my Black Man.

Many would argue that at the end of the day, preference is preference. But not liking an entire group of people based on skin tone is racist (in this case it is evidence of deeper issues with self-identity and internalized racism) and deeper than just a sexual “preference.”

I don’t know where Kodak grew up or who surrounded him, but I can promise he was privy to all the messages media sends us about beauty. The runway, print ads and product commercials have catered toward the idea that success, beauty and value in society have for the most part always been white.

I can’t completely blame black men like Kodak for their skewed opinions of themselves and by extension dark-skinned black women. But I also can’t excuse them because they should and do know better. I will not stand by, a mere victim, or be another crutch for the black man to reject himself, his people and his story.

I see the same mentality blossoming in some of the black boys at our school. It’s an unspoken understanding that many have accepted. Again, this is not about all black boys or men of color. We are too mature not to understand that I am talking to a specific, but large enough group to address.

I challenge any black boy (or man of color generally) reading this to truly think about what it means when they say they don’t find black or dark-skinned women attractive. To me, this is the black-on-black crime we should be talking about. This hate among ourselves makes it easier to be divided and buried under a culture that has shown that it isn’t afraid to oppress or exploit us.

Don’t feed the flames of hate, people of color.