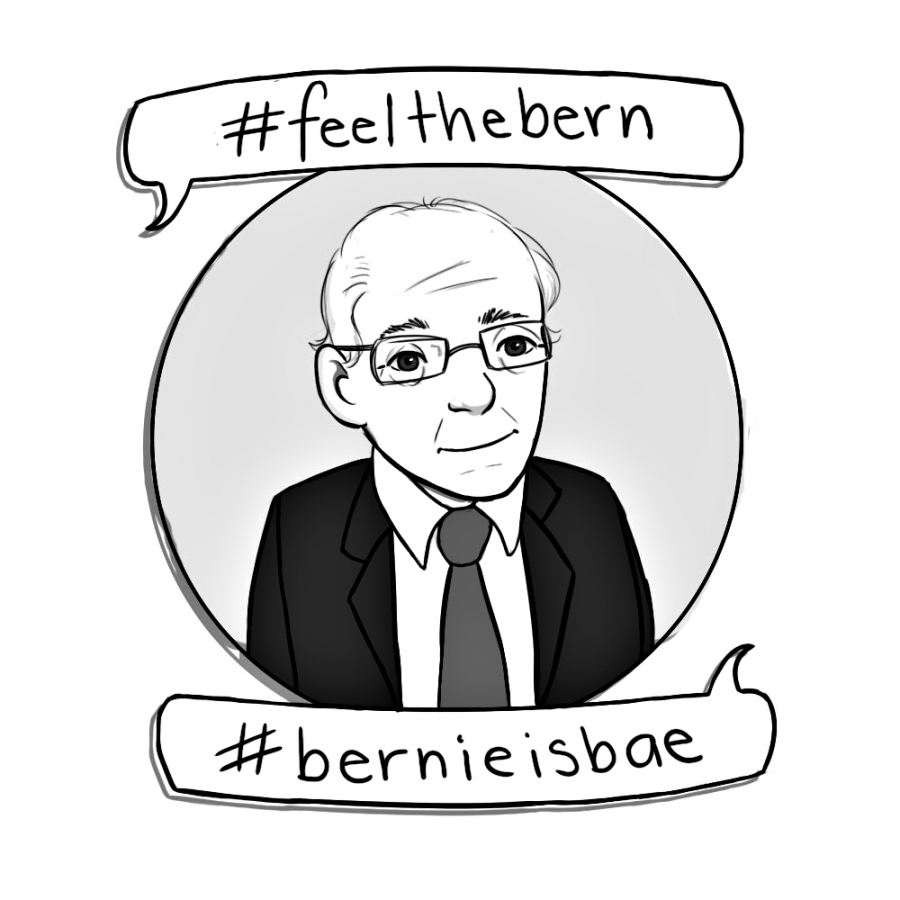 From the land of Ben & Jerry’s Ice Cream, an unlikely candidate comes to rise. Hailing from Vermont, Senator Bernie Sanders is turning heads and firing up the storms of the hashtag extravaganza. Some people may be wondering why young people all across the nation are optimistic about a politician who is as old as their grandparents and comes from a state where the population is smaller than San Jose. With his quirky and free-spirited attitude, Sanders is connecting to younger voters on many issues, including education and climate change.

And maybe that’s what America needs. This country needs a candidate whose ideals are vastly different from the usual politicians. Sanders’ honesty throughout his 40-plus years as a politician proves that if elected he will keep Americans informed and not left out of the larger picture.
Sanders is a democratic socialist. He plans on creating a government that models itself on countries such as Sweden and Denmark, which emphasizes an equal opportunity in higher education and longer maternity leaves for expecting mothers. This is part of what draws younger crowds toward Sanders. Many young people who grew up while America hit a recession during 2008 are most likely to be more wary with the government because the idea that ‘things will get better’ has yet to actually come to fruition.

At debates, it is evident that Sanders differs greatly from other candidates. Contrary to his constituents, Sanders is not interested in grilling competing candidates in hopes of improving political standing. His conscious decision in being genuine with supporters and competitors makes him more relatable in comparison to the sometimes scripted and overtly calculated candidates.

“He excites students and young people because he is a candidate of values, principles and ideas, which is what politics should be about,” Brent Budowsky wrote in an article for “The Hill.” “Sanders offers what young people — and most Americans — want in political leaders. He offers authenticity and ideas; a politics of conviction and values that soars above the petty cash of political propaganda and political spin.”

Sander’s extensive political background ranges from city mayor to U.S. senator, and his experience of seeing issues on all levels will be extremely crucial if elected. He may be seen as an underdog to other candidates, but many Americans feel they needs someone who they feel can understand them in a totally new way.

“He understands the youth,” senior Paul Duvillier said. “He has that liveliness and I think that’s what’s going to get younger people. He’s not mainstream; he’s a little more flexible with everything. He’s not… stuck on one idea and is going to stick on that idea for the rest of his life. He’s going with the flow.”

Recent polls also show that the 74-year-old candidate still remains relevant and is seen as a viable option for presidency.

“Public polling helps explain why Sanders’s message is resonating,” reporter John Wagner wrote in his article on The Washington Post. “Only 25 percent of voters ages 18 to 29 expressed trust in the federal government. The poll also made clear that Sanders is trying to engage a generation generally wary of politicians. Six in ten said they think elected officials are motivated by selfish reasons, and fewer than three in ten said they felt like they have a say in what the government does.”

He relates to students and young people because he is willing to give his brutally honest opinion. Bernie’s eclectic political style is one of many personalities that have created more excitement around the election and politics in general, and voices that would normally not be heard in government are being heard now. The very idea that a government can change with the influence of its people is a powerful and uniquely American attribute.

In the upcoming election, the uncertainty of our country’s future lies in the hands of a wide variety of candidates. For many first-time voters, the large array of candidates means that their voices may finally be heard in the oval office. Bernie’s popularity with young people proves that even the unprecedented candidate can make the difference.