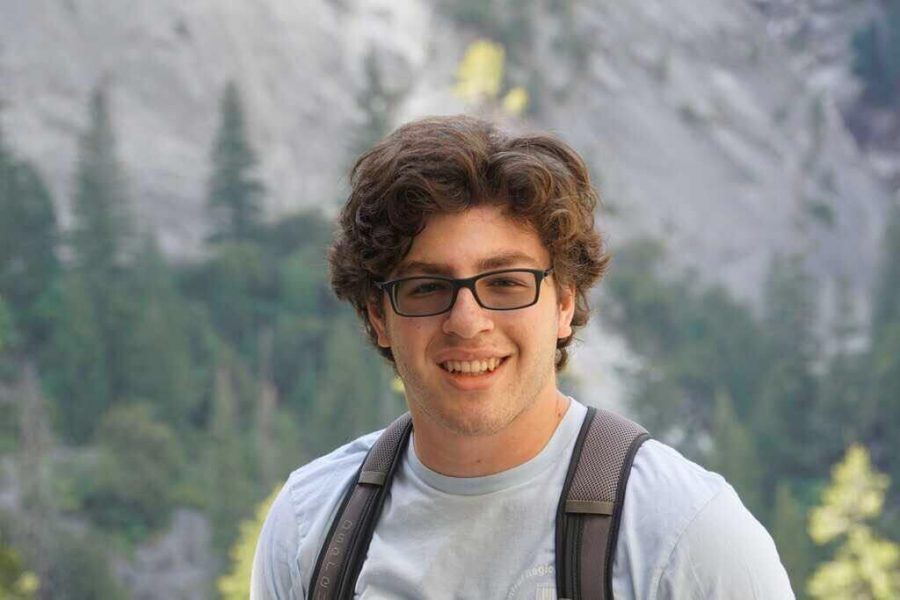 Ben Rubinstein, '20, currently resides over 7,000 miles from home, taking in the sights and culture of Israel during his COVID-19 inspired gap year. Upon his return, he hopes to pursue his dream of becoming an astronaut through an aerospace engineering major at Case Western Reserve University, successfully blurring the lines between spaceflight and spirituality.

Fifty years ago, astronaut Neil Armstrong became the first person to set foot on the moon, but since then, space exploration has halted. Mars has only been explored by unmanned spacecrafts, and human colonization there seems unlikely anytime soon. However, Ben Rubinstein, ’20, hopes to be a part of the team that pushes it forward.

Surprisingly enough, spaceflight was never a childhood dream for Rubinstein, and he only seriously considered the career path during his senior year. Combining his long-lived interests in engineering and computer science, he was drawn to the high-stakes task of solving complex problems on a spacecraft, often a matter of life and death.

But his greater motivation to pursue space travel came from wanting to be in a profession where he could use his passions for good and enact real change to inspire others. Space travel, Rubinstein said, was a way to do just that.

“Imagine being in a place where people can say: ‘This person gave something for their country,’” Rubinstein said. “We see the idea of someone on top of a rocket ship who’s willing to risk everything for exploration, and that’s what I want to take and channel into something positive.”

Unfortunately, Rubinstein’s space mission hasn’t taken flight yet. Due to the pandemic, Rubinstein made the choice to defer his college enrollment a mere two days before the deadline, citing that completing his freshman year remotely would take away from the typical social experience he hoped to find in college.

This school year now holds an unplanned chapter in Rubinstein’s life: He’s living 7,000 miles away from home in an apartment with four roommates through a gap year program called Aardvark Israel. The choice to move to Israel came naturally to Rubinstein due to his fluency in Hebrew and the instant connection he made with the country’s rich culture upon his previous visits.

The 10-month program began in September with participants spending the semester either in Jerusalem and Tel Aviv. Typically, students spend the year going on hikes and visiting unique Israeli settlements like a kibbutz, an agriculture-based collective community. This year, however, Israel faced several country-wide lockdowns, forcing them to stay inside for much of the time and order Doordash and Amazon Prime for basic supplies.

Rubinstein, like any successful astronaut, adapted quickly to these challenges and was still able to explore much of the nearby communities through volunteer work. He’s also thankful for the program because he’s had the chance to escape the pressures of academia and more importantly, meet diverse peers from across the world.

“There are some really good people here — intelligent, kind and loving people,” Rubinstein said. “My peers are coming from inner city Chicago or from Atlanta, Georgia, and have widely different political and social beliefs. Being able to hear their stories and getting to know them on a personal level is very valuable to me.”

Rubinstein may not be currently studying aerospace engineering at CWRU, but he has jumped at opportunities and has been able to gain real-world experience in the STEM fields. As a software developer intern at a local Israeli travel startup called Bridgify, he is currently working on the company’s backend and later with their artificial intelligence machine.

“It’s very cool to tackle these huge coding problems that I learned about at school but was never able to actually implement,” Rubinstein said. “I’m constantly having to prove myself and I’m totally out of my depth, but at the same time I’m learning something new every day.”

Though the program is largely secular, religious studies are offered. This semester, Rubinstein is taking a course on Kabbalah, or Jewish mysticism. His studies involve deeply exploring the divine providence — G-d’s intervention in the universe — and examining ancient Jewish texts to better understand it.

Rubinstein has also dedicated time to follow certain religious Jewish customs, discovering what works best for him along the way. On the holiday of Shabbat, a time of rest every week from Friday night to Saturday night, Rubinstein likes to cook kosher food and avoid using his phone or public transportation in an effort to be more present with those around him.

“It’s nice to be able to go out on a two-hour walk at night with a couple of guys, get lost and actually have to figure out your way back because you literally don’t have your phones on you,” Rubinstein said.

While spaceflight and spirituality don’t always go hand in hand, Rubinstein feels that exploring his Jewish identity is a significant experience to him nevertheless.

“Whether I decide that I want to pray every day in college or never want to touch a Siddur [Jewish prayer book] again, being able to actually understand why the customs exist is so fascinating,” Rubinstein said.

Despite the pandemic, Rubinstein is keeping himself occupied and inquisitive, something that will prove helpful when he’s potentially up in space one day. But until then, he’s still exploring what life has to offer on the ground.

“We’ll see, maybe I’ll decide in 20 years that I want to go into politics or teaching,” Rubinstein said. “I know that I have to have a direction, but the fact that I don’t know exactly what that direction is now doesn’t scare me — I’m excited about it.”