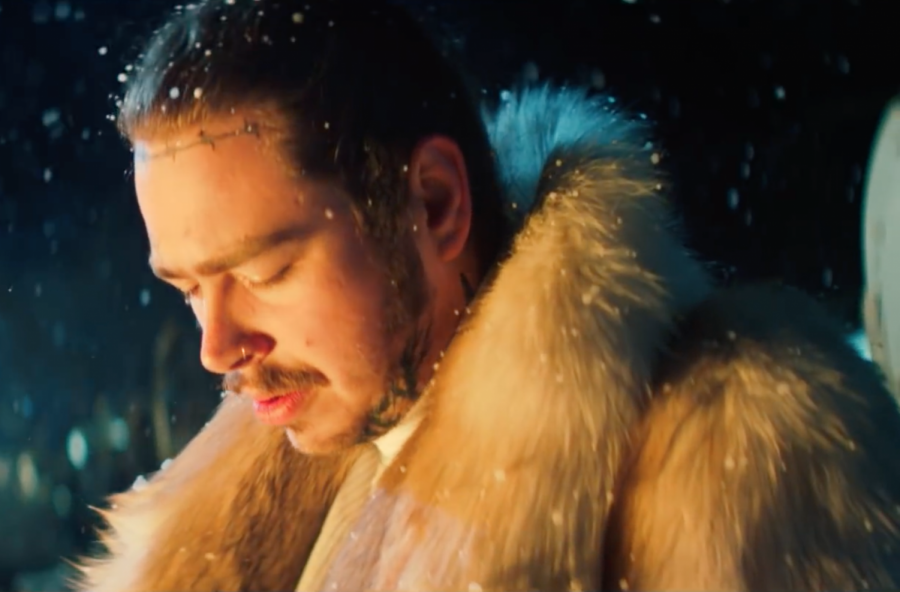 Cultural appropriator, smoker, Bud Light global ambassador. There is no way to deny that Austin Richard Post, known better as “Post Malone,” is guaranteed controversy. However, through the smoke and booze-filled lyrics, “beerbongs & bentleys” is actually an album that succeeds in providing soothing trap beats with an actual story about a woman Post once loved.

Post Malone does something few artists ever do today: he makes music specifically for his audience without veering and making music that does not apply to his skills. He is able to stick to a formula that worked on his previous album, “Stoney,” while being even more emotional and passionate throughout the whole project, creating a few sure-fire hits, and songs people will be singing along to for the next year and beyond.

By far the biggest improvement from “Stoney” has been his consistent emotional performances throughout the album. The album starts with “Paranoid,”where he dives into his life dealing with anxious tendencies. He makes a clever reference to the NSA and Edward Snowden, and he speaks about sleeping with a gun by him when he sleeps. What makes this track stand out is his succinct vocal inflections —  showcasing more passion than ever in any of his previous music. And it continues throughout the album.

“Rich and Sad,” the third track on the album, has Post dealing with personal conflicts in a relationship he lost. He balances out wishing that his money would have made this woman stayed in his life and his sentiments that no matter how much he spends, he still feels alone. Post sticks to a formula of bringing a catchy hook with a soothing instrumental that exudes replayability.

“rockstar,” the first single on the album, brings one of the strongest vocal performances on the album. This track contributed to the album’s platinum certification at launch. A simple, yet fun feature by 21 Savage brings some of the more clever lines on the project and is one of the standout tracks on this 18 track story.

One of the surprise hits on the album is “Better Now.” Post sharing a personal story about how she is better without him, and he is adamant in his pursuit to please her. He contrasts this by saying, “Everything came second to the Benzo,” and “Drinkin’ Henny and I’m tryna forget,” as he attempts to deflect the feelings he has about this woman. The high hats in this song really bring out the 808 bass, and with production on this song by Frank Dukes and his long-time producer Louis Bell, the instrumental combined with its catchy hook is the reason this song is number one on Spotify.

But as much good there is on this album, like tracks such as “92 Explorer” and the acoustic track “Stay,” the lows on this album are nearly as surprising as its highs. “Ball on Me” featuring Nicki Minaj is a chore to listen to, with its awful Minaj feature, and a disappointing vocal performance by Post throughout the track. The worst tracks, “Otherside” and “Same B**ches” featuring G-Eazy and YG —  both are dry in material — fit nowhere within the passionate performances of the rest of the album. If anything, these songs sound like industry plant music, designed by Columbia, his label, and are only on the album to appease radio audiences, which these songs do not even do.

Even with those lackluster tracks, Post Malone overall delivers a solid project. The final track on the album, “Sugar Wraith,” puts a succinct end to the album with its trap-centric beat and a strong melody with great vocals. Post Malone created an album ready for mass consumption, filled with many memorable hits and passionate lyrics that are sure to push this album’s longevity towards next year and beyond. Although this album fails to sustain the same momentum towards the end with its lackluster features, “beerbongs & bentleys” is an album that at its core succeeds at its primary objective: a collection of songs that connect together and are sonically enjoyable and simple to sing along to, even when you’re in the shower at 12 AM waking up your parents.