Baseball Knocks Out Soledad In First Round Of CCS 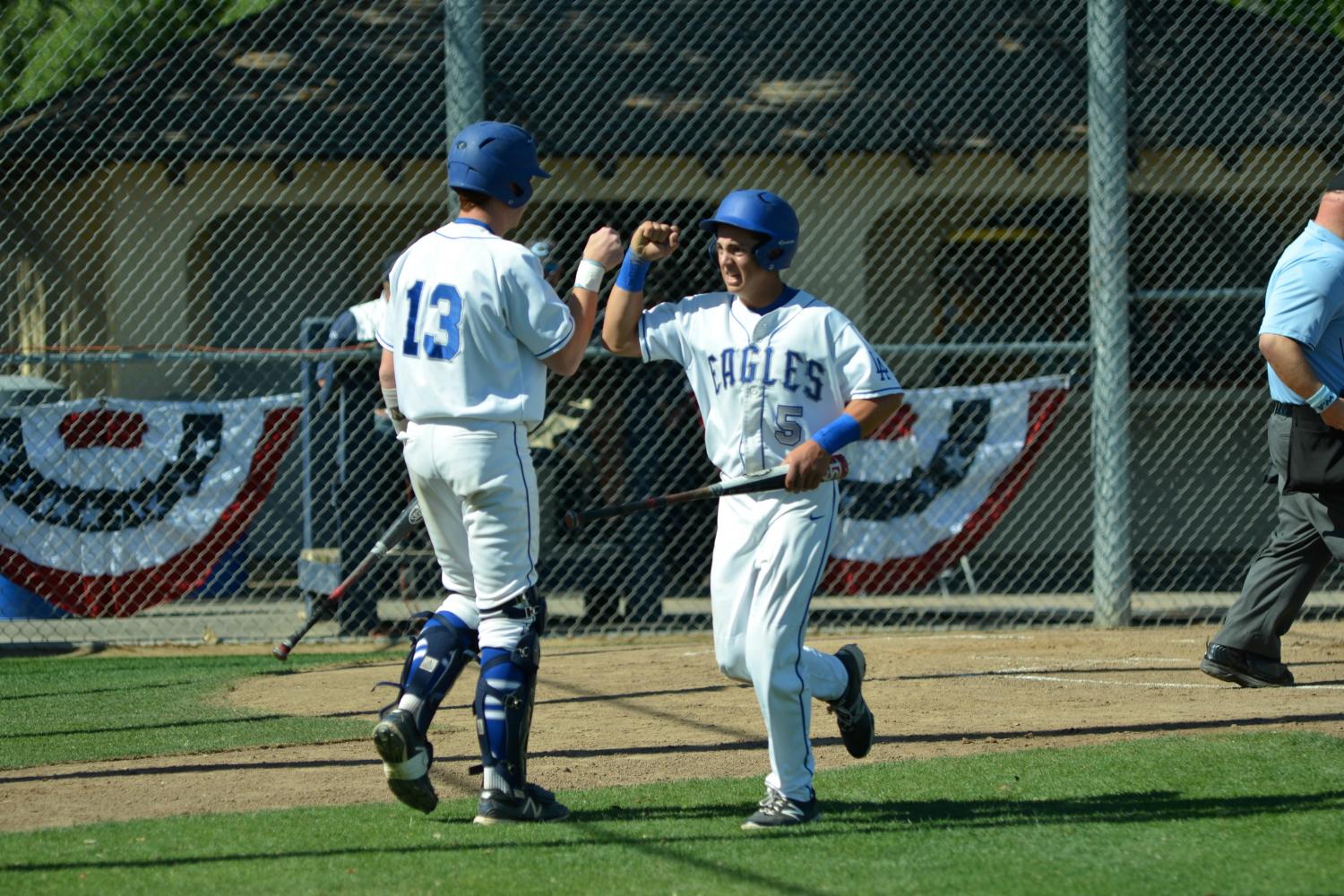 Going into the first round of CCS on Wednesday, May 17, the varsity baseball team faced their toughest competition yet. Soledad High School, just one seed behind the 8th-seeded Los Altos team after the regular season, visited Los Altos in a knockout game that would mean advancing to the next round for one team and the end of the season for the other.

“Soledad will play championship caliber baseball,” Coach Gabriel Stewart said before the game. “Every team in CCS has a reason to play in the championship, so we’re expecting that we’ll face the toughest contest of the year today.”

But what was anticipated to be a close matchup ended up being a comfortable victory for the Eagles, winning with a score of 6-0.

Los Altos had five seniors in their lineup that, without a win, would have played in their last game.

“We really [rose] to the occasion today,” senior captain Max Higareda said. “The emotions are always high for CCS because it’s go in or go home, so for the seniors, the guys were really into it.”

The action started in the first inning, when Alex hit a line drive down the middle of the field, sending sophomore Ben Parker from second base to home to give the Eagles a 1-0 lead. The next batter, junior Colin Homan, smashed the ball all the way to the right field wall for a double. An error from Soledad’s catcher allowed Colin to run to third base. Keenan’s hit towards left field sent Colin to home base to give Los Altos a 2-0 lead at the end of the first inning.

“They had a really good pitcher,” Max said. “We were able to jump on him early, and it seems like he hadn’t pitched his usual game but we were glad to be able to capitalize on some of the mistakes he’d made.”

After well-defended second and third innings, the next score came in the fourth when Ben made a clean hit to the center of the field that put him on second base, while senior Matt Truscott narrowly beat an outfielder’s throw to make it from first to home.

In the fifth inning, sophomore Ryan Baum crushed the ball to center field, which batted in Max and senior Aidan Kelleher home from second and third base to put the Eagles up 5-0. Matt also sent the ball to right field, which sent Ryan home to make it 6-0.

At the beginning of the 6th inning, Alex allowed junior Cobi Daugherty to take over, having allowed only two hits and no runs from Soledad. Los Altos claimed victory after Daugherty shut out Soledad for two additional innings.

“I would’ve kept going but since we were up 6-0, we talked about playing for the next game on Saturday,” Alex said. “So calling it there and having Coby back me up was a good decision.”

The team will play against Mountain View this Saturday, May 20 in the next round of CCS at Fremont High School. Mountain View is a higher-seeded team, so the Eagles will face a more difficult challenge to advance.

“We’ll try to get as much information as we can on [Mountain View],” Stewart said. “And we’ll make sure we put our players in the best position to succeed and give us the best chance to win.”