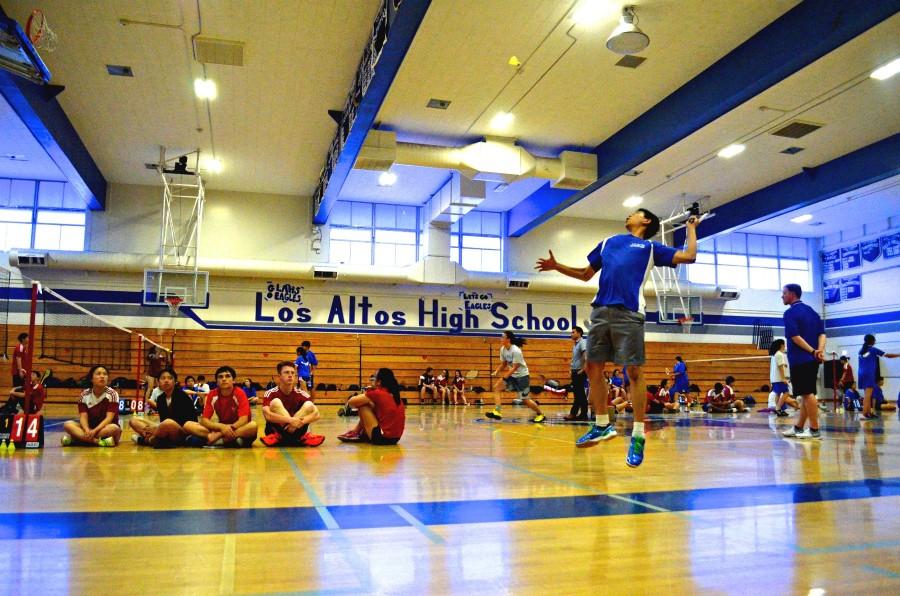 Nearing the end of its season, the badminton team looks to be in good shape for securing a league victory. Both the varsity and JV teams handily defeated Fremont today, April 5. The varsity team finished with a  score of 21-9 and JV with a score of 13-2. This win brings the team’s record to 7-1, with only four games left to play before league finals.

Even with a strong league record sporting just one loss, the team continues to strive for perfect games ― every lost match represents room for improvement that the team must act on in order to prepare for the future.

“Today, we had at least two games that were really close that we ended up losing,” co-captain senior Liam Lee said. “That’s kind of sad, but we’ll shake it off. We’re in the lower league, but we’re doing pretty well.”

The team notes that if it plans on promoting to the upper De Anza division next year, it must maintain a strict win record and not drop any more games. The Eagles’ only loss this season was to Milpitas, which they will play again this Thursday, April 7.

“[Our last game against Milpitas] was very close,” Liam said. “It was a tied game, and they won the tiebreaker because they won more games than us, even though we had the same number of points.”

In part, the team lost to Milpitas due to a rescheduled game day that did not fit on many of the strong players’ existing agendas. However, this should be less of an issue for the rematch on Thursday.

“We’re still missing a lot of people because there are a lot of seniors going to college visits,” co-captain senior Selynna Sun said. “But hopefully it should be fine, because the coaches spend a lot of time thinking about our roster and how to make sure we maximize the amount of points we score.”

Part of these roster changes is the strategical decision to attempt to win whole events rather than individual games.

“Today we changed our lineup to prep for our game against Milpitas,” Selynna said. “We’re sacrificing some of our events, and moving the stronger players in there out to other events so that we can guarantee wins. We really need to win against Milpitas, or else we can’t move up a league.”