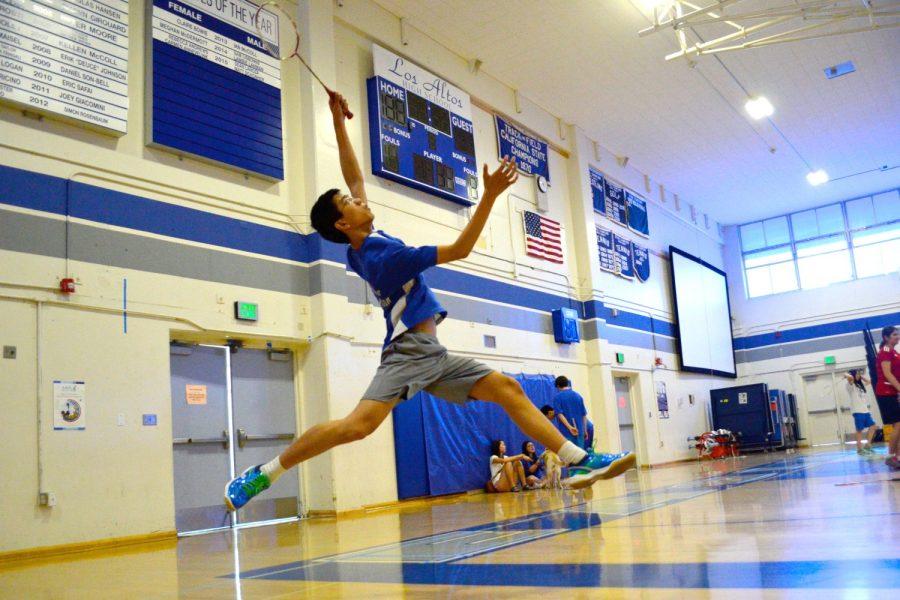 Junior Henry Ma stretches to hit the shuttlecock. The badminton team has turned in a solid season so far. Photo by Kunal Pandit.

The badminton team has started off its season strong after moving down a division. With a nearly spotless record of victories, the team is set on proving it belongs among the best.

The Eagles have been defeated only once this year during a close game against Milpitas, lost in a tiebreaker. If the Eagles refuse to relent in their current efforts, the team could achieve its goal of moving back to the upper league the following year.

“I want to see everybody on the team continue to improve,” junior Martin Mitchel said. “We can definitely be at the top of the league and move back to the upper league.”

This year, the team consists of over 50 members, enough for a complete roster and a few backups. While there are fewer players than in previous years, the current number has proved to be more than enough given the team’s impressive number of wins.

There are two new badminton coaches, Eric Liu and Bryan Edwards, who have brought some beneficial changes with them.

“The team’s dynamics this year are really good because of the way practices are run,” Martin said. “Since most of the time practice is split by events, both varsity and junior varsity members get to go through practicing together.”

In particular, junior varsity players are showing strong growth as a result. Usually, their only exposure to competition is from JV teammates and other schools. Thus, practicing with the varsity members facilitates improvement.

“We want everyone to support the people around them, versus only the people in their friend groups,” senior Selynna Sun said.
Obviously, another of the team’s goals is to continue its season record.

“Coach Eric also spends much of his time thinking about our ladder for the games, so that we have a higher chance of winning against strong teams in our league,” Selynna said.

As the season passes its midway point, hopes are rightfully high across the team.