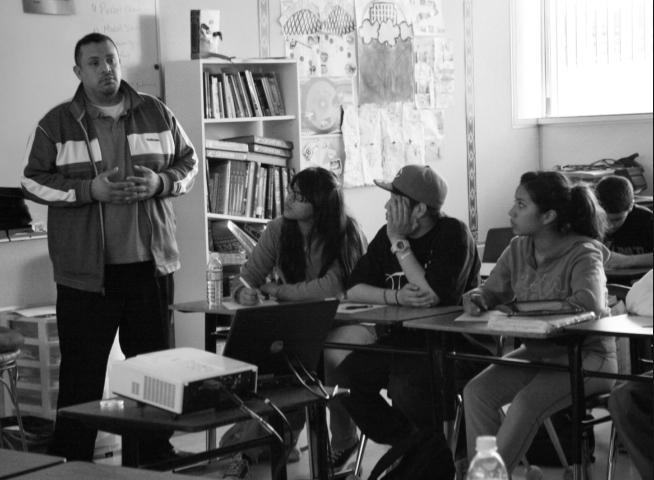 While most students were sleeping through biology or dozing off during an algebra lecture, the school’s AVID students were writing essays for their annual write-offs.

The AVID write-offs, a competition in which all AVID students participate, is similar to the inter-district writing assessments. Writers are given a prompt in the form of a quote and a question and then are required to write a timed response analyzing the prompt.

The competition is broken down by grade level, and AVID teachers pick the top three essays from each grade to represent the school. The top essays are then assessed at the regional competition.

This year, sophomore Flor Paz won the regional competition, standing out among hundreds of essays from at least six counties.

Flor is taking World Literature Honors as well as AVID, and Ryan Ikeda, her teacher for both, attributes her success to great improvement over the course of this school year.

“She’s worked [hard] this year, both in World Lit Honors and in AVID, as far as just improving her writing,” Ikeda said. “I’m really happy that she won.”

According to Flor, her essay on cell phones and the media was particularly effective because she implemented newly-learned strategies and connected the prompt to larger themes of society.

“I kind of expanded [my essay],” Flor said. ”I didn’t just keep it within the prompt. I brought it out and compared it to society.”

One of the goals of the program is writing development, and write-off preparation doubles as SAT practice, which can be costly.

“Other students that write two sentences as freshmen now wrote five-paragraph essays in the same amount of time,” AVID teacher Stephanie Davey said. “[AVID students] got this for free.”

“The AVID write-off has been an effective means of focusing on … college entrance and college placement testing,” AVID teacher Joanne Miyahara said. “The themes have been relevant, too, such as the pursuit of equity and the cost of freedom.”

Sophomore Hallef Rodrigues distinguished his essay by relying on facts as well as personal experience.

“Everyone gets the same topic, so it’s like how you make it your own,” Hallef said. “You don’t want to sound like a robot when you’re writing the thing, you know?”

The essays were written in class before February break. The awards ceremony was held at Stanford University on Tuesday, March 23.