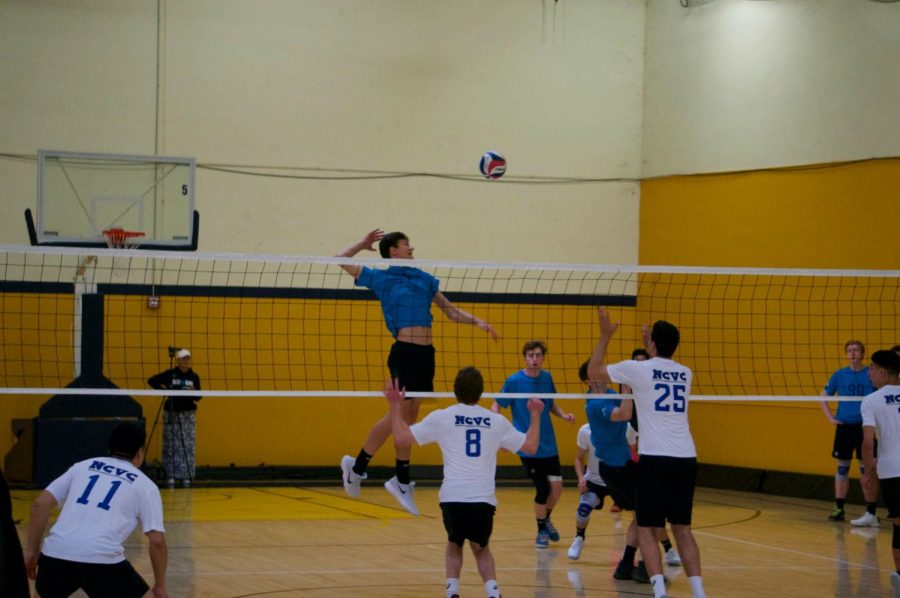 Senior Attila Delingat is every volleyball coach’s dream. He’s experienced, athletic, determined, has leadership, and he’s 6 feet 8 inches tall. Playing as a middle blocker for his club team, Bay to Bay, and the varsity boys volleyball team throughout high school, Attila verbally committed to Princeton, a NCAA Division 1 school for volleyball in November, and he is planning on majoring in engineering.

Attila was noticed by scouts through his performance with Bay to Bay when they went to big tournaments and national competitions. His height and aggression on the court is what set him apart from the rest.

“He can cover any position on the court that you want,” Coach Vern Leslie said. “So when going into college volleyball, they’re not looking for a player who can play in specifically one position, but a player who can fill in a spot if you need it.”

Attila started playing volleyball in seventh grade on his middle school team. His height gave him an advantage even from an early age, letting him attack the ball in midair and deliver devastating strikes. As his training went on, he joined Bay to Bay after sophomore year.

Attila credits much of his development and success in volleyball to Bay to Bay. The club exposed Attila to a more competitive league with different coaches and a community of teammates.

“I started in seventh grade and back then I definitely didn’t really think I was gonna go to college or that it wasn’t really in my view for the future,” Attila said. “But as I started club, my directors started talking to me about my potential and that’s really when I started to realize how far volleyball could take me.

“The biggest influence was probably the community at my club, transitioning from playing just high school and middle school volleyball to playing club was a huge change. I love my teammates, the coaches are amazing and that higher performance environment really drove me to improve as a player.”

Attila’s height and his progression with his club team were the main driving forces for his success. However, he also credits much of his improvement to joining the club’s beach volleyball program.

“That was really one of the biggest steps I took toward improving my game,” Attila said, “Just because playing on the sand is so different from playing indoor, I think I challenged myself in a lot of ways, and that really helped me improve my game as well.”

In his junior year, Attila became the captain of the varsity volleyball team. That season, the team had lost many key seniors and had a more inexperienced team, so Attila took charge.

“Attila is what I call a quiet leader, he doesn’t talk much, he leads more by example in terms of his playing ability, so that said, he’s not very vocal,” Leslie said. “As tall as he is, as aggressive as he is on the court, he can really inspire others.”

Attila will play his last year of varsity volleyball for Los Altos this spring. He will continue to be a giant on the court, literally, and will utilize his talent to play hard this year and in college.

“I’m incredibly excited for the months to come,” Attila said, “Princeton’s a great school and I look forward to being in that academic environment and also being able to still be part of a highly competitive volleyball team.”

The decision to go to Princeton wasn’t an easy one. Attila caught the eyes of many scouts after reaching a national tournament with his club team. After much consideration from offers of D3 to D1 schools, Atilla narrowed down his choices to Harvard or Princeton. He chose Princeton mainly due to its engineering department, the field Attila is interested in.

“The coach was also a huge influence on that decision,” Attila said. “I think the coaches at Princeton are proactive which matched what I like to see in a coach rather [than] what I saw in the Harvard coach.”