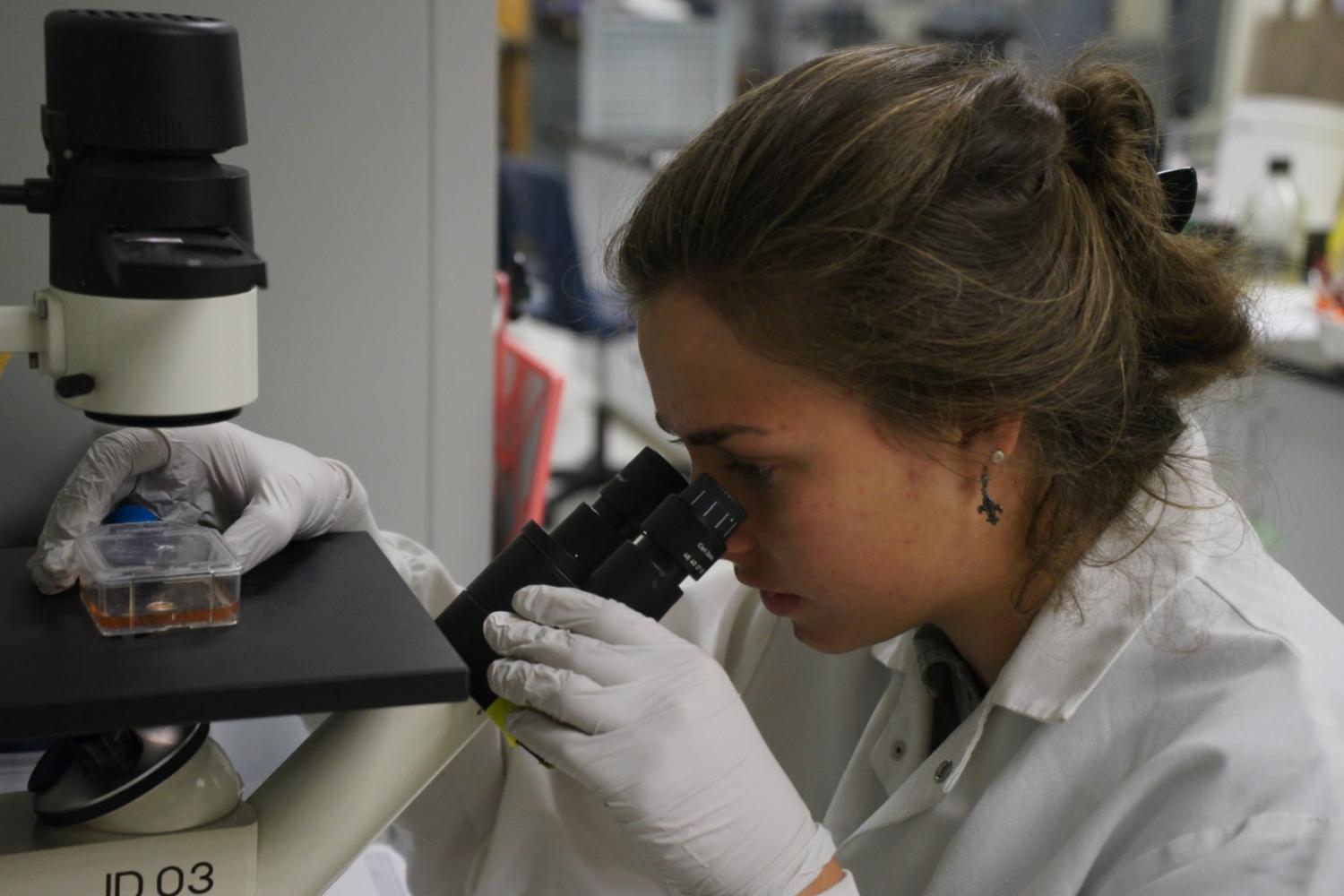 Margo Lusinchi, whose work with cancer-stabilizing drugs related to her sister Zamora's illness was featured in The Talon's Issue 7, will be among the presenters.

By Maddie Chu and Sana Khader

The Advanced Science Investigations (ASI) course will host its second annual poster symposium tomorrow, May 24. The event, which will take place in the cafeteria from 4:30 to 6:30 pm, will allow ASI students to showcase the products of their year-long research projects.

The Talon talked to two ASI students about their projects, featured below.

“My project is focused on finding a way to regrow brain cells that have been damaged due to trauma to the central nervous system,” Barbara said. “The way I’m doing this is I’m focusing on a specific protein, spastin, which is mainly present during embryonic development. So my experiment involves culturing cancerous brain cells which I use as a model for actual neuron, and then introducing this protein through a plasmid to them, and then seeing whether or not it forces them to grow.”

“I was researching Vitamin E and how it could help inhibit cancer,” Anisha said. “In order to do that, I was making compounds that are similar in structure to Vitamin E, and I plan on testing their effect in inhibiting angiogenesis. In order to do that, it has to bind to a certain receptor called VEGFR, which is a receptor protein on cells. When VEGF, a growth factor protein, binds to it, the cells grow and blood vessels form. There’s an increased amount of cell growth, and Vitamin E is supposed to decrease the cell growth.”