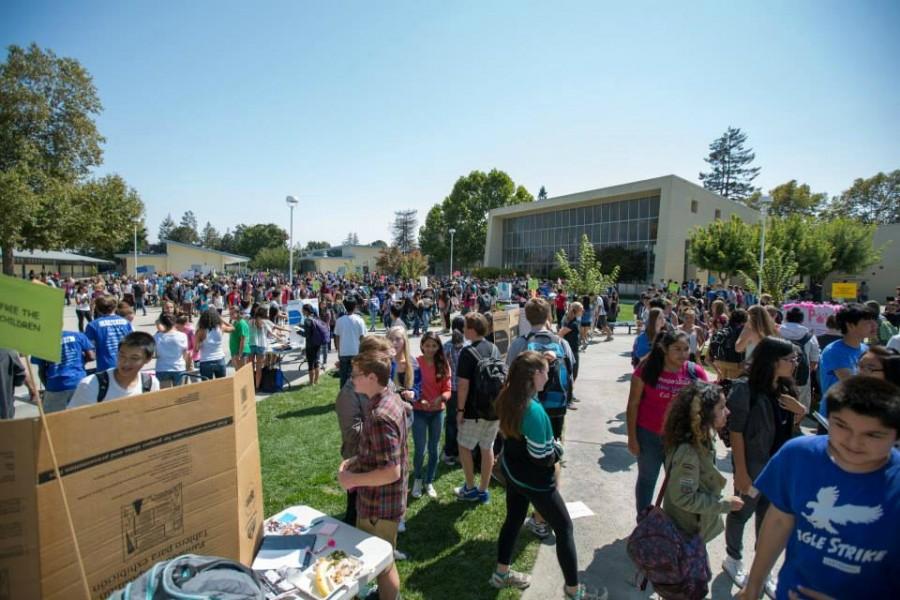 On Wednesday, September 2, ASB clubs commissioner senior Izzy Phan and Assistant Principal Suzanne Woolfolk hosted a club senate meeting in the school’s theater which all club presidents were required to attend. The meeting is part of a broader effort to involve club officers more in ASB’s activities.
With the club senate meetings, ASB hopes to use clubs as an intermediary with the student body.
“Our real goal is for all of the club officers to be an extended arm of ASB,” Woolfolk said. “Those are the real school leaders, and it should not just be the 37 kids in ASB making decisions and discussing important topics.”
ASB chartered nearly 50 clubs at the start of the year. Eighty-five clubs were present at Club Day, and the total number of clubs now exceeds 100. The overall student population has exceeded 2000 students, the most it has ever had, and this growth in the population has promoted the increase in clubs.
The meeting was organized to answer frequently asked questions concerning the specifics on running a club. It also provided detailed information on the requirements for chartering a club.
“[The club senate meeting] was great because it pushed everybody to charter and to get [their clubs] going so they would really be organized for Club Day,” Woolfolk said. “[During Club Day] clubs were better prepared. They had better displays and they had more people signing up.”
The topics of discussion included further explanation on the written requirements clubs need to turn in after every meeting and the basics of how fundraising works. ASB also covered Club Day where students were able to advertise their clubs to gain more members.
Club Day was held during lunch on Wednesday, September 9, in the quad, and every club had the chance to advertise what they do to draw in more members. Every club had a table provided by ASB to set up informational poster boards and give out food for those who signed up for their club.
“We found that Club Day was a great way to get the word out about the club and to find other people who are passionate about the topic,” Club for Patient Comfort (CPC) president sophomore Kristin Albright said. “We had great success in handing out food which allowed us to gain a lot of new members to the club. Overall the officers of the CPC and I were really happy about the result of Club Day.”
ASB hopes that including clubs’ perspectives in leadership will lead to better, more inclusive decisions.
“[Clubs] cover many areas in our school and if we can get feedback from them, we can improve the school [and] see what other people want,” Izzy said. “When you have a group of people that is already so diverse, and you know they have leadership, we want to see what they have to say about the things we are doing around school.”