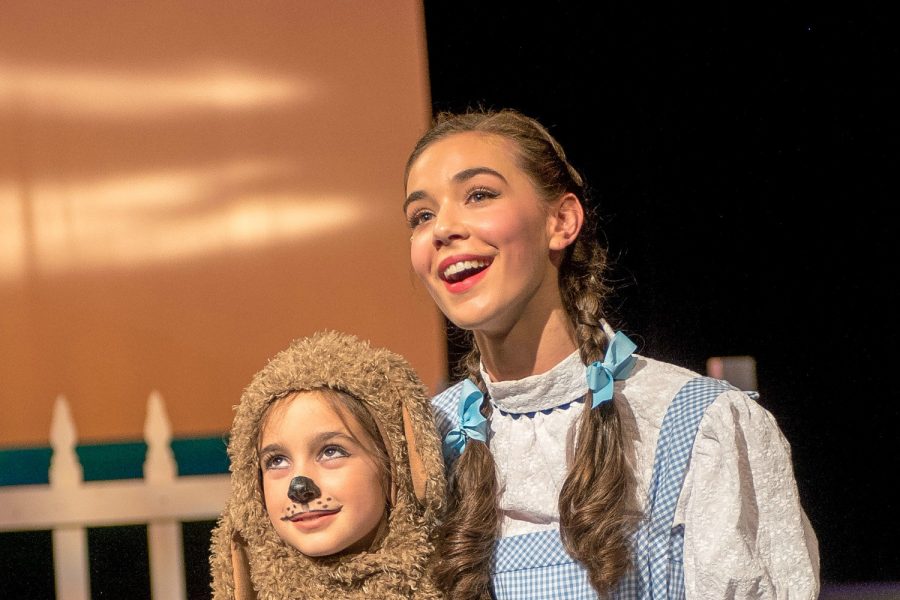 Born, in New York, so close to Broadway, it’s no surprise that senior Talia Gloster found her spark on stage as the fiery young lead in the well-known musical “Annie.” Talia’s love for musical theater came to life and continued to grow when she moved to California and joined the Peninsula Youth Theatre (PYT).

“I just did as many [stage productions] as I could, and since then I haven’t stopped, nor wanted to, nor been able to stop,” Talia said.

Because Talia can’t choose between her talents for singing and acting, she sees musical theater as the perfect opportunity to combine her passions into one unique, sharable experience.

“[Musical theater] integrates acting and music and dance all into one two-hour cheesy beautiful thing,” Talia said. “You can share [that experience] with other people.”

Talia hopes her love of musical theater will lead to personal fulfillment later in life.

“It’s so easy to define success as being on Broadway or just having your name known by everyone,” Talia said. “I just want to be getting feedback that I’m giving to my audiences and to the world.”