Answering the Trivial Questions in Life: Is Cereal Soup? 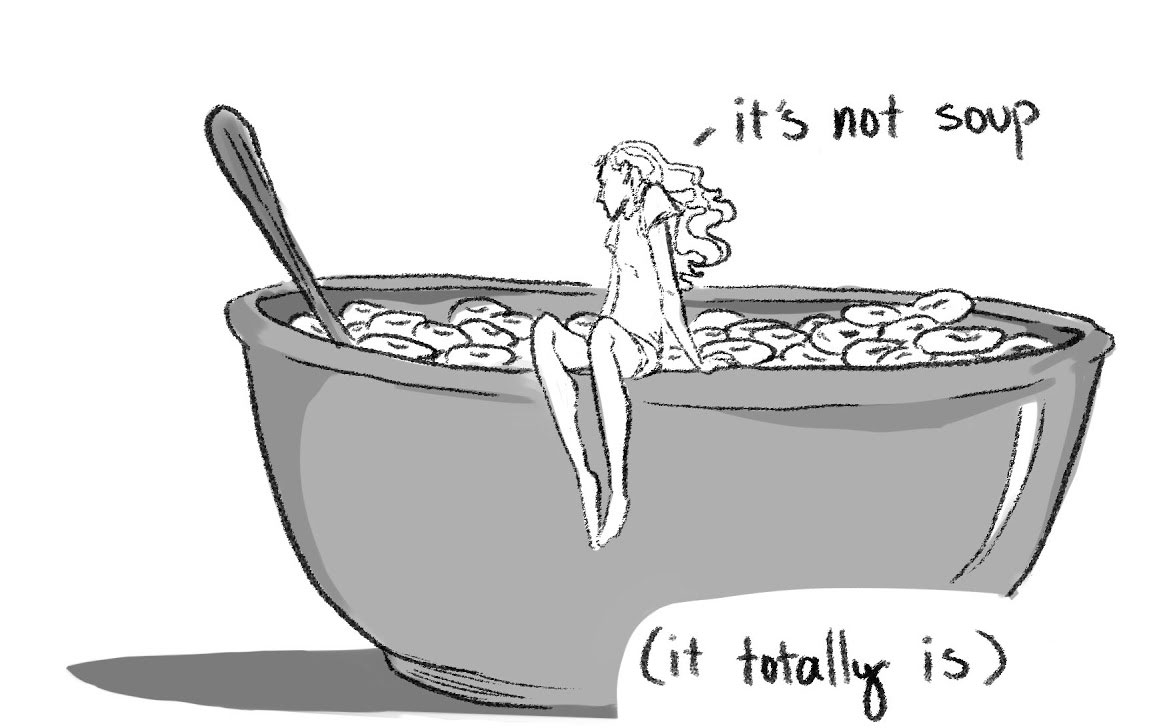 I don’t take life too seriously. That doesn’t mean that I laugh at inappropriate times or I joke through sensitive subjects. That means while others argue over politics, stress over academics or worry about the awkward first impression they left on the kid in their table group, I live in the moment and realize some things are out of my control. And instead of debating about topics that flare people up but accomplish nothing else, I prefer to discuss and debate about more lighthearted questions.

Each year, Americans purchase about 2.7 billion boxes of cereal, which translates to the average American consuming around 14 pounds of cereal annually. Cereal is such a staple in our everyday lives that it even has its own holiday, National Cereal Day (on March 7) to celebrate this ubiquitous breakfast. But even with widespread popularity, it is evident that the most important aspect of cereal has been continuously overlooked — its identity. More specifically, is cereal soup?

Although most people associate soup with a pot filled to the brim simmering away on the stovetop, soup by definition doesn’t require heating. For example, a traditional Spanish soup called gazpacho is made of raw vegetables and served cold, with no heat applied.
If you’re still having trouble visualizing how cereal could be soup, let’s break down a soup we all know and love — chicken soup. Chicken soup is comprised of chicken broth and chicken, as well as other optional ingredients such as carrots and noodles. In a similar fashion, your morning bowl of cereal is made with milk and packaged cereal. You may make the argument that most soups have more than two ingredients, but a bowl of cereal also has more than two ingredients. Most packaged cereal isn’t just plain wheat, but an assortment of grains, sweeteners, dried fruits and nuts.

So there you have it: cereal is in fact soup.

Now if you’re still reading this article, I bet you’re pretty worried about The Talon’s choice to insert such a ridiculous question into the Opinions section, which is usually filled with the voices of people discussing very serious issues. Perhaps it is not all that out of place though. These days, it seems that everywhere we turn there is always something to get worked up over and angry about, and if everything’s a serious issue, nothing is. People put down others who don’t have the exact same opinion, protest topics without even knowing much about them and pick apart everything others say in order to find a way to contradict it. People actively find things to get upset over and, not being able to do anything about it, grow more and more upset as time goes on.

Does this sound productive to you? Wouldn’t it make more sense just to recognize that becoming upset over topics and spreading that unhappiness isn’t helping anyone?

I’m not urging people to stop being passionate. In fact, I encourage people to spread their passions to others, as this is a productive way to spread potentially beneficial knowledge. But there is a stark difference between scrutinizing undesirable details and making observations. Having a mindset that picks apart an issue and only sees the bad in it is not advantageous. Instead, try to be objective when approaching issues and don’t let yourself get too upset.
So talk about the light subjects. Go debate if a hot dog is a sandwich, what the pronunciation of “GIF” is, if people should take showers in the morning or at night and most importantly, if cereal is soup.