An overview of gender inclusivity at LAHS 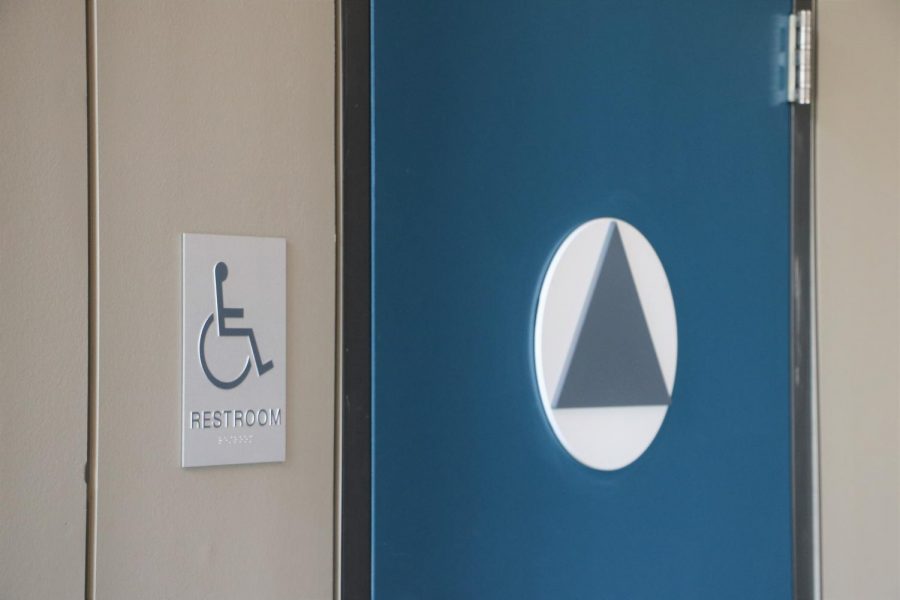 By Allison Bricca and Natalie Wei

In expanding the gender support plan, Los Altos High School has installed two gender neutral bathrooms located in the 600 and 700 wings on campus. The additions come as part of an ongoing push to help students get their correct names and gender identities recognized by the school.

Assistant Principal Suzanne Woolfolk created the plan with the intention of bringing student gender identity into the conversation; future additions will include new facilities and curricula.

Woolfolk brought the plan — which she had developed in prior administrative jobs at other schools — to LAHS eight years ago. At the time, a gender support plan had not yet been established by the District.

“Nobody was talking about gender identity,” Woolfolk said. “We had to support students’ rights. It was our obligation to create a system for that.”

The plan is accessible to all students, with no parent permission required. Students are able to make corrections for online aliases such as their Google accounts, Aeries and Canvas. However, a record of birth name and sex will remain with the registrar for identification purposes.

Any students interested in developing a plan can reach out to Woolfolk to schedule a brief meeting. They would then work together to lay out the specifics of their individual plan — this involves detailing gender identity, pronouns, family background, privacy considerations and preferred facilities.

“High schoolers are young adults,” Woolfolk said. “There are a lot of things that the District is trying to change that really help young adults be respected as young adults who can think on their own and advocate for themselves.”

Parents and therapists, though welcome to join the meeting, are not required to. Students will also receive time to work on the plan individually without outside intervention.

“I’ve had the great experience of being in meetings where the students are using them as a way to come out to their family,” Woolfolk said. “Sometimes the plan starts when the student is a freshman or a sophomore, and things might evolve by the time they are seniors. They can adjust that plan as they change — it provides really exciting moments for self-advocacy.”

Woolfolk hopes to streamline the process by developing a more seamless way for teachers to be brought into the loop. Apart from introducing inclusivity-related teacher training and guidelines, she wants to adopt updated curriculums, like a new state Spanish curriculum aimed at reducing gender’s role in the language.

“I’m not the bottleneck; you don’t need to have a plan to have certain rights,” Woolfolk said. “But if all you need is a computer change of your name to feel accepted, I’m happy to do that.”

“We’re obligated to provide gender neutral bathrooms as a safe place for students,” Assistant Principal Galen Rosenberg said. “And for gender non-conforming students, we need something other than just general restrooms that we’ve always had.”

Although not seemingly aimed toward gender issues, there has been some vandalism in the new gender neutral bathrooms.

“There’s a weird attitude being expressed in the graffiti,” Rosenberg said. “It was surprising to me that it appeared as quickly and as much as it did. It could just be a coincidence.”

LAHS is also offering free tampons in both women’s and gender neutral restrooms to widen accessibility for students who need them; they will be stocked by the end of September.

To help staff foster more welcoming environments, the Gender and Sexuality Awareness Club at Mountain View High School worked with the District to generate a list of guidelines for teachers; these include creating “visually safe” classrooms with inclusive decorations, using gender-neutral language, asking for pronouns and not assuming genders or identities.

The guidelines are not enforced by the District, and serve more as suggestions than strict rules. As a result, some students have not had positive experiences regarding their teachers’ attempts to be inclusive.

“I had to introduce myself to a teacher with my birth name, so I said ‘Hey, I’m this, but I go by Fenn,’” said LAHS Gender and Sexuality Awareness President senior Fenn Marsot. “They then introduced me to other teachers using my birth name. I told them because it’s my legal name, but they could have introduced me as Fenn, my actual name.”

Fenn said that while the gender support plan is “very validating,” incorporating teachers to a greater extent would foster more inclusive environments.

“I just want to see the teachers do better,” Fenn said. “In order to get them to use the right names or pronouns, you have to talk to them individually. These are the people who students are actually interacting with — that’s the hard part.”