‘African Cats’: More than a Movie

It’s safe to say that while growing up “The Lion King” was everyone’s favorite Disney movie. Well, Disney now brings this childhood memory to real life with Disneynature’s “African Cats.” Filmed in the Masai Mara of Kenya, this documentary shows the lives of two different cat families, the kings of the savanna.
In the midst of their everyday lives, a lion pride and cheetah family show the true fear, love and strength needed to survive. Narrated by actor Samuel L. Jackson, this documentary pulls on every emotional string and has the audience sitting on the edges of their chairs rooting for the families.
Starring a brave mother cheetah named Sita, we are shown her struggles through life single-handedly raising five adventurous cheetah cubs in one of the world’s wildest places. On the other side of the savanna, Mara, a lion cub, struggles with having a much-aged mother. Fang, the strong and determined leader of the pride, does his best to protect them from their rival lion and his four massive sons, who strive to rule all the savanna.
This riveting documentary takes you through the lives of the animals and expresses the amazing true love and bond a mother lioness shares with her cub. Mara, the cub, shows this intense bond with tough decisions ahead as her mother becomes injured while hunting and cannot keep up with the rest of their pride migrating toward the food.
The documentary will have you on edge rooting for the cheetahs as nasty hyenas approach the young defenseless cheetahs and shows the true dangers and slim chances of survival in this wild kingdom. Sita, the cheetah, proves her speed and courage as four huge lions spot her precious cubs. To a mother in the wild, nothing is more important than breeding and making sure your cubs will live to be old enough to breed
Sita distracted the massive lions getting as close as she could, about five feet apart, and upon sensing their attack, she sprinted away at a full speed of 75 mph until the lions eventually tired and forgot about her and the cubs. Sita’s story of raising her cubs was one of success, as most cubs fight to make it to adolescence.
Not only does this documentary provide a captivating story of the lives of two extraordinary species of African cats, but it helps support them and the hundreds of others in the savanna. Buying a ticket to see it in the opening week (April 22-April 29) contributes $0.20 per ticket to the African Wildlife Foundation for the Amboseli Corridor project with an already pledged minimum of $100,000 to the program. If you love movies that envelope you in the story and make you feel apart of it, “African Cats” is the movie to see. It takes you through the ups and downs of these beautiful cats’ lives and makes you feel like a part of their family.
Seeing this movie donates to the protection of the Masai Mara savanna so these cats and thousands of other animals can keep their homes with ample food. To find out how you can help save these unbelievable creatures, visit www.disney.go.com/disneynature/africancats.
Overall, “African Cats” provides people with a different take of our feline friends a continent away. People in the United States fail to understand the beauty of these precious species and why poaching and destroying their environment has become so intolerable. Television specials such as “Planet Earth” and “Life” were revolutionary. Disneynature found the perfect intermediate between those beautiful series and our childhood favorites. 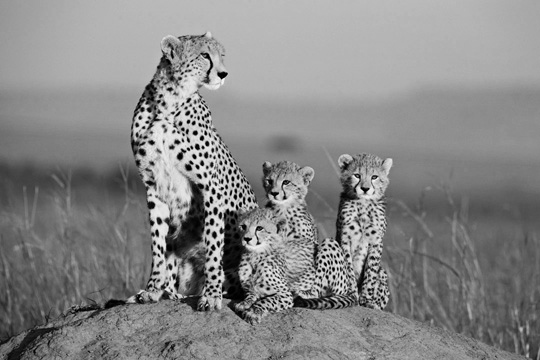