Affordable teacher housing to be built in Palo Alto 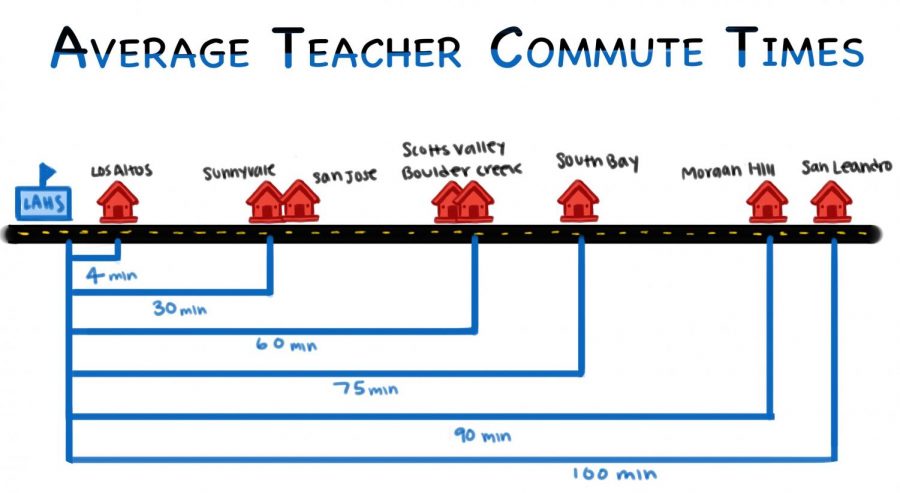 By Parisa Larson and Anya Sharma

Santa Clara County Supervisor Joe Simitian initiated a proposal for a below-market rate teacher housing complex to be constructed on Grant Avenue in Palo Alto in a step toward more teachers being able to afford to live in the Bay Area. Santa Clara County is working with five in-county school districts, including the Mountain View Los Altos Union High School District (MVLA), which joined the project on Monday, February 4. The proposal aims to provide 60 to 120 units of housing to teachers from all five districts. Currently, the project is in need of developers to begin designing and building the housing complex.

Each of the five districts has agreed to pay $600,000 to fund Simitian’s proposed housing complex, which will be built on land donated by the city of Palo Alto. MVLA will pull this money from their teacher retirement benefits fund, but the district expects unit rent prices to make up for the costs. Because of these donations, teachers will be able to buy units at a below-market rate.

Support Teacher Housing organization founder Sarah Chaffin is building a similar four-unit affordable teacher housing model in Los Gatos within the next 12-18 months, which will act as a prototype for the larger Palo Alto housing complex Simitian proposed. Teachers will be able to live in the housing units in Los Gatos for five to seven years until they can save up to afford a downpayment on a house.

Chaffin created the Support Teacher Housing organization to help teachers and those in the middle class find affordable housing. After noticing that her daughter’s preschool teacher was constantly showing up late to class due to long commutes to work each day, she knew that she wanted to combat the problem. Currently, her website contains a form that teachers and people who she calls the “missing middle” can fill out to get support in finding affordable housing.

To advocate for Simitian’s proposal, Chaffin has been organizing public town halls where teachers can tell their personal stories and housing experts can educate the public about different options for affordable housing.

Currently, the average price of a house in Los Altos is about $3.4 million. Due to these high housing prices, teachers are forced to move away from their work to areas with more affordable housing. About 38 percent of teachers commute over 30 minutes to work and 21 percent of teachers spend over one-third of their income on rent, according to the Mountain View Voice.

Since commutes to and from school can be over an hour each way, some Los Altos teachers say it becomes difficult to feel part of the community since they are too far away to attend school-wide events and activities. AP Human Geography teacher Kelly Coble explains that she wishes that she could partake in these events, but instead must compromise by going to those in the area that she lives in.

“I do things in the community that I live in, but I wish I could do them here,” Coble said. “Every year, the elementary school that I live near has a color run, and I do that, but I don’t do our school’s because of the commute.”

Physics teacher Adam Randall adds that by living nearby, he would have more time to help students after school.

“Students ask to come by after school to make up a lab, learn how to do a free response question (FRQ) or have a one-on-one, but I have to go [because] if I wait until 4 p.m., there’s an exponential growth in the time it takes to get home,” Randall said.

Randall also expresses that he misses out on advising clubs after school because he has to think about getting home on time.

“If I lived close [enough to] ride my bike or drive less than 15 to 20 minutes, it would be easier for me to be part of the school community and I would certainly be more active in clubs like robotics and extracurricular activities like the astronomy program that need teachers to supervise [after school],” Randall said. “Those are my interests, but I don’t get to do them because I don’t live nearby.”

Although the proposal is still in its early stages of development, MVLA school board President Phil Faillace believes that the Palo Alto housing complex will act as transitional housing for teachers while they save up for housing closer to their work.

“The [proposal] will give teachers a bridge period of time where they can live in a nice accommodation at a lower than market rate price,” Faillace said. “[They can] use the money that they don’t spend on renting to save up so that they can afford a house or permanent residence within the district.”

The Talon contacted Joe Simitian but has not received a response.