A Tribute to Leonard Cohen 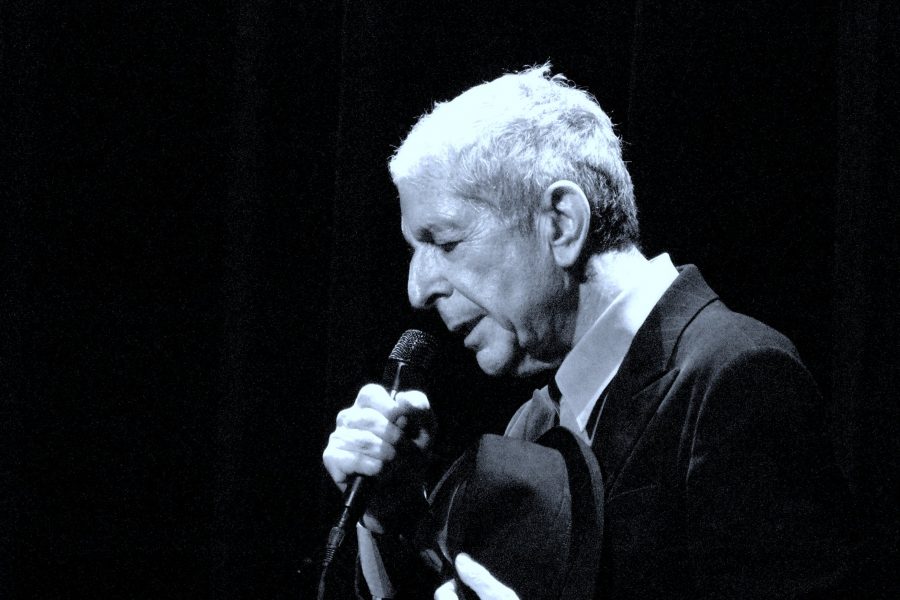 On November 7, 2016, acclaimed singer and songwriter Leonard Cohen, most famous for his song “Hallelujah,” died in his sleep from cancer in his home in Los Angeles, California. He was 82 years old.

Though he came from money, Cohen truly desired to live a Bohemian lifestyle. His desire to find new passion bought him and his wife Suzanne Elrod a ticket to Greece, where his story of love flourished. He bought a small home on the island of Hydra and met a woman named Marianne Ihlen. Cohen’s conflicting love with Ihlen and Elrod led him to write some of his most heartfelt songs like his most acclaimed “Hallelujah,” “Suzanne” and “So Long, Marianne.”

The constant hassle and disconnect with steady relationships, although beautifully portrayed through his music, translated to transient unhappiness. Much of Cohen’s composure and soothing voice came from his unhappiness that stemmed from his unsatisfying love life.

As in every one of Cohen’s songs, love turned sour. After eight years, his relationship with Ihlen ended, although mutually, and he moved on with his life and career. In 1994, Cohen’s chaotic life aligned itself as he became a Buddhist monk and took a five-year break of seclusion in Los Angeles. When he came back to the music scene, he was back with more passion and drive than ever.

He released “Book of Longing” in 1998 and “Ten New Songs” in 2001, portraying his newfound understanding of the world. The fire and intensity in these pieces were immense and unmatched, a quality — like wine — that only seemed to get better as he aged. His strew of lovers and mistress piled on and on as his new songs became more and more popular.

And his love story teetered on even in his dying moments. Three months before he died, Ihlen passed away. On his deathbed in Los Angeles, Cohen wrote to Ihlen, “Well Marianne, it’s come to this time when we are really so old and our bodies are falling apart, and I think I will follow you very soon. Know that I am so close behind you that if you stretch out your hand, I think you can reach mine.”

One of the many reasons that Cohen’s music was so pure in his older days was due to the fact that Cohen always found the perfect use of repetition or imagery to paint a picture in his audience’s mind of what he saw in the world. No track was better in showing this than “Everybody Knows.” The melody, the word choice, everything in this song was perfection and showed how the aging Cohen was still at his very finest. My favorite line of the whole song had to be, “Everybody knows that the boat is leaking. Everybody knows that the captain lied. Everybody got this broken feeling, like their father or their dog just died.” If there is any song that is a must-listen, it is “Everybody Knows” as it truly shows the word choice and flow that made Cohen as renowned as he was.

Leonard Cohen was always the light that brightened up even the darkest of atmospheres. His reassuring yet soft voice never failed to imbue every word he spoke with a precise and burning tone. His romantic confusion only brought out the best of him through his music and would always give us the taste of comfort and closure through every melodious beat he performed. His ginger voice and loving image will never be erased from our minds.