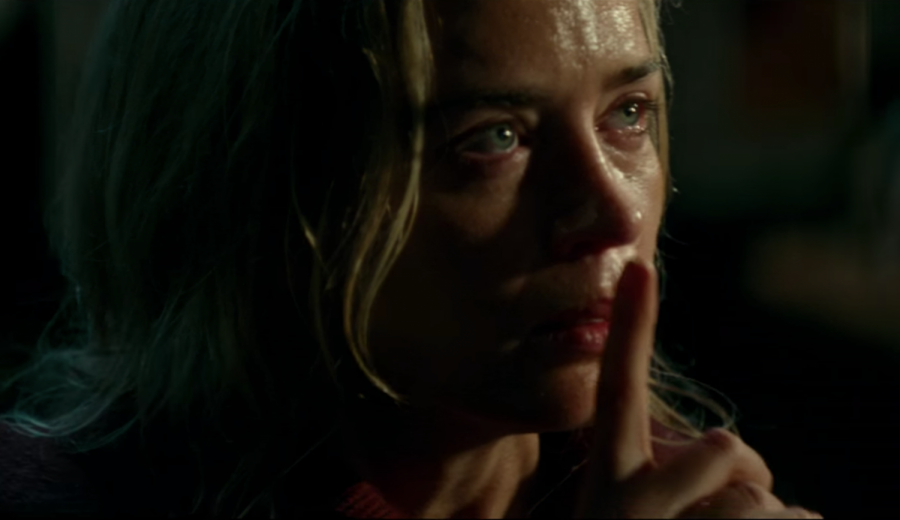 A clean, simplistic color palate with post-apocalyptic undertones, “A Quiet Place” promised an intricate plot that kept the audience on their toes. Its highly anticipated debut on April 6 followed an impressive onslaught of ads, exclusive clips, and interviews with film director and actor John Krasinski. Unfortunately, its clever advertisement and famous leading actors couldn’t cover up the fact that “A Quiet Place” just isn’t a scary movie.

Krasinski’s first attempt at directing a thriller film, “A Quiet Place” proved to be a valiant effort. But, while his casting hit the mark in terms of authenticity (his on-screen wife is his real wife and the deaf character is also deaf in real life,) the lack of an adequate climax fell flat. his could have been fixed by emphasizing the psychologically terrifying elements through more dramatic lines and focusing on the imminent threat rather than the relationship between characters. Instead, the movie ends on a bland note and replaces a necessary climax with the brief relief of jump scares.

The lack of a climax was not the only misleading part of the movie. Though officially labelled as a thriller, advertisements suggested otherwise. Weeks before “A Quiet Place” was released, one of the most intense scenes from the movie was used as a preview. This minute-long clip was an implied representation of the full movie and led people to overestimate its terrifying nature. For anyone who went in expecting a horror movie, they were likely disappointed by the lack of a good scare.

However, this is not to say that the movie was boring. Krasinski managed to build sufficient tension throughout the movie by punctuating moments of high intensity with abrupt sound. For example, toward the end of the movie, the Abbott family’s two children are helplessly trapped in a grain silo while one of the monsters creep just outside. Here, the silence eats away at the slow creaking of loose silo doors. All of a sudden, the monster drops from the door into the silo, drawing alarmed gasps from the audience. Thanks to scenes like these, Krasinski was able to pass “A Quiet Place” as a notable thriller movie. Still, the movie’s lack of a climax severely stunted the plot’s overall development, and is something that as an audience, we cannot overlook.

Despite Krasinski’s promising future in both the thriller and horror genres, “A Quiet Place” was not his best work. But whether or not the film’s major issues were due to a lack of experience in the genre, his great potential shines throughout the movie. “A Quiet Place” was an entertaining addition to the thriller genre, but the expectation for future installments to have a more candid marketing strategy and a developed plot line that includes a more impactful climax is warranted. Hopefully, Krasinski’s next movie will succeed in truly reflecting his talent.