“A Private War:” A harrowing tribute to journalism 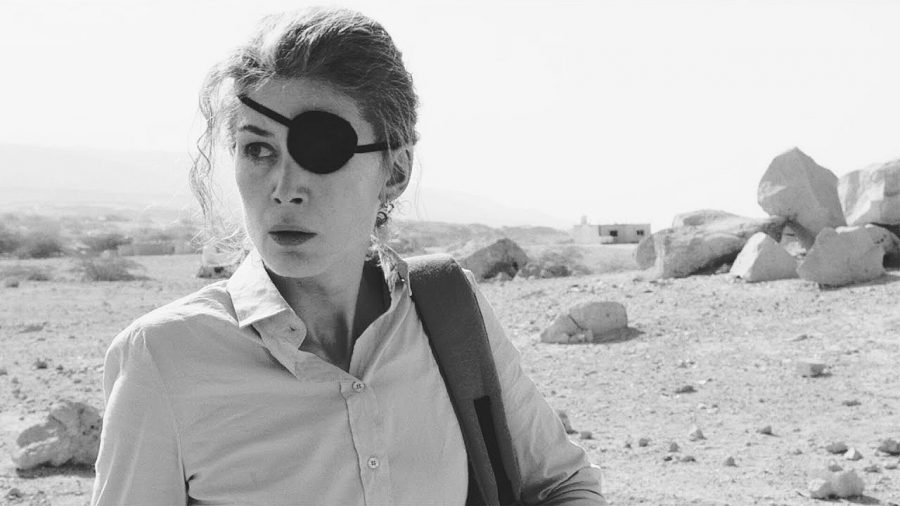 “A Private War” puts its viewers in the shoes of real-life journalist Marie Colvin, a war reporter for “The Sunday Times.” Wherever Marie is, it feels as if we are there with her. Whether it is Sri Lanka, Iraq or Syria, we feel as if we are in a war zone. We see the devastation of war, yet always through the perspective of Marie.

As Marie Colvin, an almost unrecognizable Rosamund Pike dominates this film. Sporting an eye patch and an uncharacteristically gruff voice, Pike inhabits her character, an impressive feat considering all she had to research the role was Colvin’s writing, interviews and the Colvin family. It is difficult for an actress to accurately represent someone she has never spoken to, yet Pike nails it in “A Private War.” When the movie shows Colvin at home in London, Pike shows how difficult it was for Colvin to lead a normal life after what she had seen as a reporter.

Even though the warzone is haunting her at home, Pike’s Colvin is always eager to get back to her job. She is always eager to tell stories and expose the civilian toll of war, so much so that it even seems as if she is more comfortable in a war zone than she is out of it. In these war zones, Colvin is always accompanied by photographer Paul Conroy, played by an equally unrecognizable Jamie Dornan. He works extremely well alongside Rosamund Pike. Within the film’s intensity, Dornan and Pike still inject tenderness between the two colleagues.

The film is a slow burn, but nevertheless captivating. We cannot turn away from the screen, much like how Marie could never turn away from her work. We see how dedicated Colvin was to telling stories in some of the most dangerous and war-torn places in the world, a dedication that eventually led to her death in a bombing in Homs, Syria in 2012.

The film’s director, Matthew Heineman, previously directed documentaries, including the 2015 Oscar-nominated documentary “Cartel Land.” “A Private War” is his first feature, and it is a hell of a start. Heineman, alongside cinematographer Robert Richardson, is able to bring documentary sensibilities to this narrative feature, which makes it feel even more visceral.

For example, when Marie and Paul report on a mass grave being uncovered in Iraq, the camera is almost always handheld. It is as if we the audience are recording what is happening, or a real person is documenting this. The camera gets close and personal with the Iraqi women mourning around this mass grave, and it is frankly hard to watch. That is how real this film feels.

While we see much of Colvin’s career in “A Private War,” the whole film is building, from the beginning to a finale in Homs, Syria, where we find one of the most difficult scenes in the film to watch, perhaps even more difficult than the grave scene. Marie goes to a hospital where the most qualified medical professional is a veterinarian. A mother and father bring in their dying son, and by the time he is put on a bed, he is dead. The father breaks down in tears, turning his gaze upwards, asking Allah, “Why?”

Marie is at her most driven in Syria. We see how willing she is to put her life in danger in order to tell the story of how the Syrian government was targeting civilians, not terrorists. She has no concern for her own safety, and her actions are ultimately selfless.

“This [film] is about one thing and one thing only and that’s somebody who put their life on the line for other people, ultimately,” Rosamund Pike said at the film’s premiere at the Toronto International Film Festival.