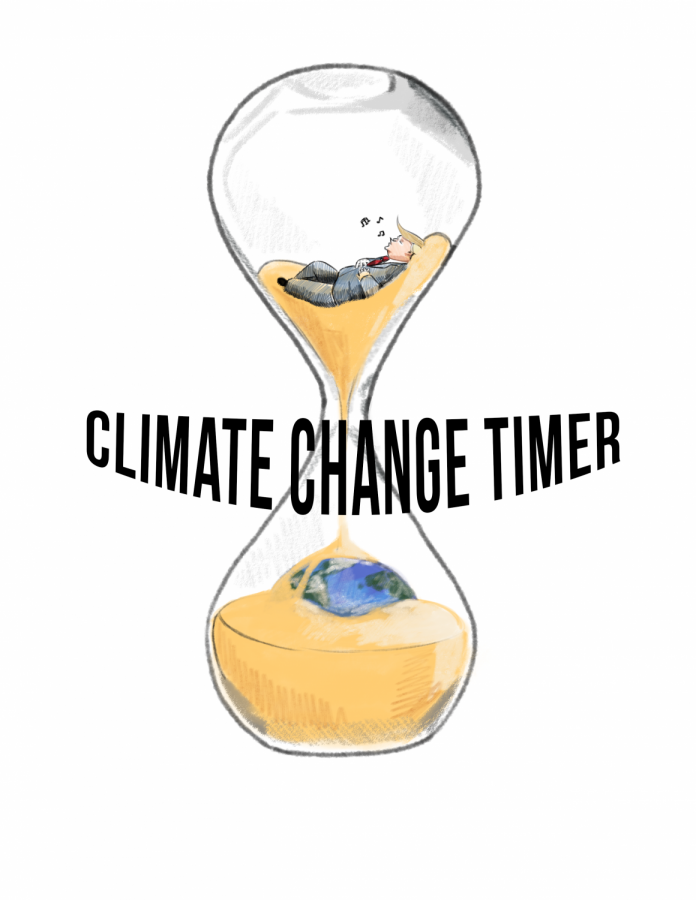 Last November, the White House issued the National Climate Assessment. This report, which was conducted by 300 experts and vetted by 13 federal agencies, lays out the impacts of climate change on the United States and undeniably concluded that climate change is having real and devastating effects on the country and the world at large. From excessive droughts and floods to annual losses in the billions of dollars, the consequences of climate change will impact every person on the planet. If we do not take the necessary action to limit it now, then we are placing society and our future generations at risk.

However, despite the alarming results of the Assessment, President Trump is now assembling a panel of scientists to bring its findings into question. This proposed panel, the Presidential Committee on Climate Security, would be created by an executive order and has already come under national scrutiny. One of the nominees for the Committee, William Happer, is a Princeton professor and White House advisor who claims that carbon dioxide is beneficial for the environment and that people have “demonized” it.

Though Trump has drawn criticism for many of his decisions over the course of his presidential term, I think that this is one of the worst and most horrifying decisions that he has made to date. Our nation does not need a misinformation campaign funded by United States tax dollars, nor another pointless and money-wasting committee that will attempt to slow down legislation. Why should we waste time trying to disprove the existence of climate change when we should be trying to implement a solution instead? Why is Trump so adamant that climate change is a “hoax”?

Numerous scientific groups such as The American Meteorological Society affirm that “It is clear from extensive scientific evidence that the dominant cause of the rapid change in climate of the past half century is human-induced increases in the amount of atmospheric greenhouse gases, including carbon dioxide (CO2), chlorofluorocarbons, methane, and nitrous oxide.”

Humans are responsible for the degradation of our planet. So now, we are the ones obligated to save it. And yet, by trying to establish this committee, the Trump administration is attempting to hinder any regulations against climate change. Further, this panel will only spread misinformation and deter citizens from taking action or voicing their opinions.

What we need is real change. In Europe, thousands of teenagers are protesting the government’s lack of progress and legislation against climate change. A worldwide strike took place on Friday, March 15. This movement is spearheaded by 16-year-old Greta Thunberg after she protested outside of the Swedish Parliament for weeks. Due to the increasing popularity of her movement, Thunberg was able to meet with Jean-Claude Juncker, the President of the European Commision, and convince him to suggest spending billions of dollars on fighting climate change in 2021.

Greta Thunberg proves that we have to voice our opinions— whether it be protesting outside of a government building or supporting a walkout, we can all make a difference. And though the protests are a step in the right direction, people need to have a clearer framework about what they’re fighting for. The idea of just fighting against climate change is too vague, and I believe the movement would be more effective if they were fighting for specific policies.

In America specifically, I think we should fight for the following things: first, discourage Trump from creating the Presidential Committee on Climate Security. Second, call for Trump to reinstate basic pro-environmental rules and laws that he rolled back or blocked. For example, reimplement the rule meant to limit methane leaks from oil drilling on federal land and pass the Clean Power Plan, a policy which would restrict carbon emissions from power plants. Third, encourage lawmakers to pass legislation that has the potential to limit greenhouse gas emissions in this nation. One example would be the Green New Deal, a program intended to improve the economy by shifting the United States away from fossil fuels.

Though these goals may seem daunting, they are only the beginning in our journey to stop climate change. It is imperative that we students, the people who will have to deal with the severest consequences of climate change, try to enact change before it’s too late.

“I want you to behave like our house is on fire,” Greta Thunberg said at the World Economic Forum. “Because it is.”