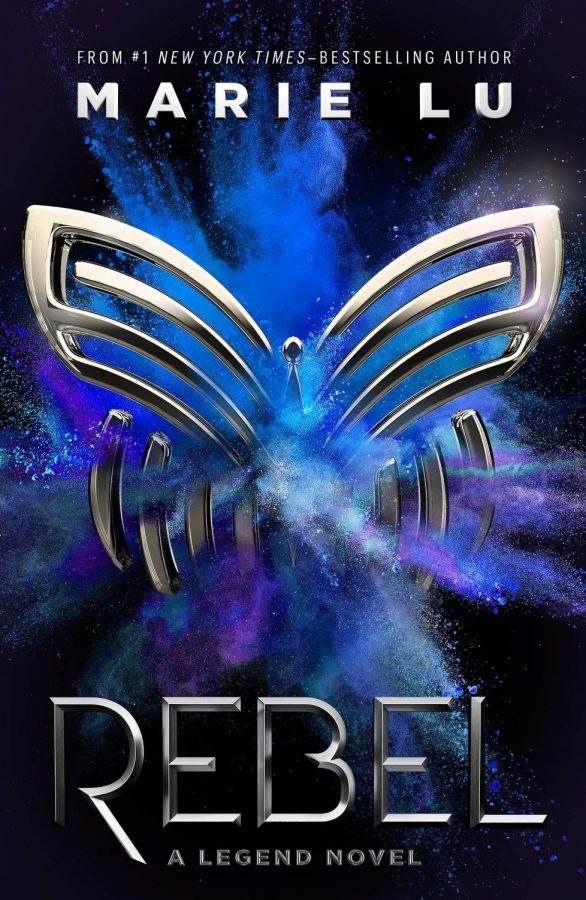 As we closed the books, we were not fulfilled with the bittersweet farewell to the epic saga; instead, we were furious at the vague epilogue, our treasured happily-ever-after between Daniel and June tantalizingly out of reach. 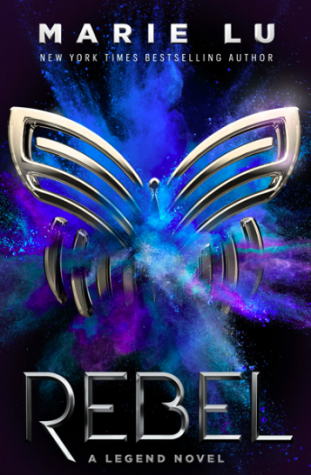 “He is a Legend. She is a Prodigy. Who will be Champion?” We, alongside countless other elementary and middle schoolers, read those words on the backside of Marie Lu’s beloved “Champion,” thinking it would be the end of the series. As we closed the books, we were not fulfilled with the bittersweet farewell to the epic saga; instead, we were furious at the vague epilogue, our treasured happily-ever-after between Daniel and June tantalizingly out of reach.

It’s been almost 10 years since the first book, “Legend” was published, so the question is, why now? At her book launch in San Francisco’s Books Inc., Lu explained that her decision to write a fourth book was prompted by the 2016 election.

“I just felt so small and hopeless for a while, and I’m sure a lot of us did,” Lu said. “Feeling out of control made me feel like I had to write that fourth book. I don’t have control over everything in the real world, but I am the God of this world.”

Unlike the other “Legend” books which are set in the Republic (present-day West Coast), “Rebel” is set in Antarctica, Daniel (also known as Day) and Eden’s new home. The original trilogy paints Antarctica as the ideal place to live in because of its fair and just monitoring system, which rewards good actions with resources such as access to more desirable housing, jobs, and transportation. In theory, this motivates the populace to stay in line; however, in “Rebel,” Lu explores the systematic oppression of the lowest classes, who are unable to raise their status because of the lack of resources available to them. Antarctican mobster Dominic Hann rises from the Undercity as a threat to society, and Eden and Daniel must, once again, fight the odds to save the day, with a little help from our old favorite, June.

Clearly, this Antarctican setting is a far cry from the trilogy’s dystopian America; however, “Rebel” contains enough of “Legend”’s magic to recapture the wonder of Lu’s universe. Just as it is in “Legend,” the central issue is the class divisions.

“It became a story about class,” Lu said. “I think that was partly because I live in Los Angeles. It’s a city where you can really see the divide between the rich and the poor, literally from block to block.”

Although the novel had an interesting plot and enough hitches along the road to be engaging, in the larger scale of the whole series, it felt more like a tangential accessory on a larger piece of work. To have a conflict be created and resolved in a single book felt a bit artificial and better suited for a longer series.

While the revitalization of some of the most beloved characters—Daniel and June, for example—was exactly what we were looking for, the disconnect between storylines felt like a bit of a stretch. One of the key elements that we loved most about “Legend” was that, at its core, it was a story about Daniel and June teaming up to fight against the odds and save the world. “Rebel,” on the other hand, is more about Eden fighting against the odds to save the world, plus Daniel fighting against the odds to save the world. Rather than an enticingly intertwined storyline, the pair seem to have two parallel storylines. Additionally, romantic love takes a backseat in “Rebel” to the familial love that Eden and Daniel share. While we didn’t inherently hate this, the way it was portrayed seemed discrepant with the “Legend” vibe. It worked well in “Rebel,” just not in the context of the series as a whole.

Part of this was how Lu crafted the storylines of the different characters. Throughout the novel, each character had both highs and lows in terms of personality and development.

Daniel Altan Wing has grown up a lot in the 10 years we’ve missed, from cutting his hair to accepting a job working for the government. Deep down though, he’s still Day, the fifteen-year-old street kid who incited a revolution. He still has his memory-loss from the end of “Champion,” which made for a really interesting character arc. Daniel was one of the best characters in the original Legend trilogy, and that hasn’t changed in “Rebel.”

On the other hand, Eden’s character was ultimately unsatisfying. “Rebel” had the opportunity to take an often overlooked side-character and turn him into a main character that we could grow to love. However, Eden’s personality lacks definition, as all we really know about him is that he’s smart and frustrated by the fact that people only see him as Daniel’s little brother. At times, Eden’s character feels like copied homework—a recreation of Daniel, preventing him from becoming a developed, unique character.

What is really interesting about Eden, though, is how Lu uses him as a tool to show what she envisions young men should grow up to be, something that’s been on the forefront of her mind as she thinks about raising her own son with a healthy relationship with this masculinity.

As she explored the topic, toxic masculinity turned out to be a prominent issue that she saw in multiple aspects of her life.

“I’ve been to school events where boys will wait until after everybody’s gone before they come up,” Lu said. “They’ll say in a quiet voice, ‘Oh, you know, I really liked the romance between Day and June. What happens?’ They’re afraid to ask those things because of toxic masculinity. We’ve made them afraid.”

This message is evident throughout the book, ultimately building to an especially poignant scene where Daniel and Eden confront each other, and Daniel tells Eden that it’s okay to cry—that it doesn’t make him any less of a man. So while Eden’s character as a whole felt underwhelming, little snippets of a nuanced message were scattered throughout.

In “Rebel,” Lu deviated from the romance-heavy plots of the earlier books to focus primarily on the sibling relationship between Daniel and Eden. However, this wasn’t out of character for Lu, as after “Legend,” the majority of her books were centered around sibling rather than romantic relationships.

“I’m an only child: I was a product of the One-Child Policy in China,” Lu said. “So I find that I am constantly drawn to trying to understand what sibling relationships are like. It’s one of those ‘What if?’ questions that will never be answered.”

There was a lot of potential for the sibling relationship to really be the star of the book, but the follow-through was lacking. The brothers’ entire relationship is based on Eden living in Daniel’s shadow and Daniel being too overprotective of Eden, and the ensuing arguments often seem contrived. Regardless, we still found ourselves rooting for Daniel and Eden to make up and go back to the adorable pair they were in the original trilogy.

Conversely, the best part of the book was the romance between June and Daniel—seeing them reconnect, awkward as it was, was extremely exciting, and they finally got the ending they deserve. Unlike the first three “Legend” books, “Rebel” didn’t have any of June’s narration, but the romance scenes still had the same magic. The only issue was that the story simply wasn’t focused on them enough.

Yes, there were some parts of “Rebel” that felt out of place in the “Legend” world. Yes, some aspects of character development were lacking. But for “Legend” fans, “Rebel” still ties up all the loose ends of “Champion.” It still has the telltale storytelling unique to Lu’s work. It still has that je ne sais quoi that makes the original “Legend” trilogy captivating. And it still has a permanent place on the shelf as a must-read.

Next up for Marie Lu: “The Kingdom of Back”—a historical fiction novel about Mozart and his sister Nannerl set to release in 2020.