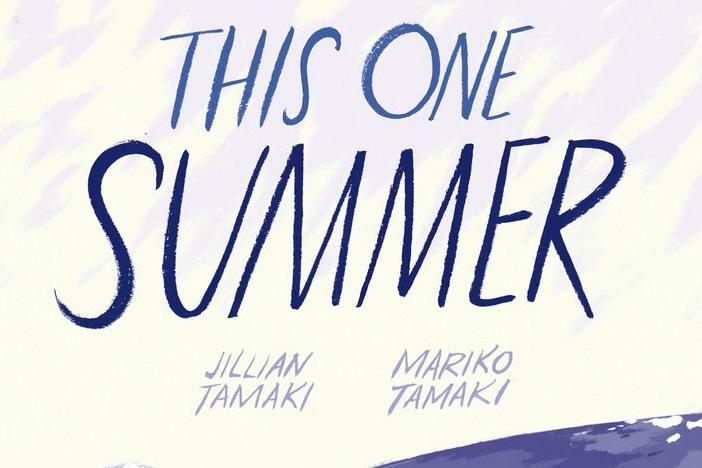 30 years of Writer’s Week
From March 14-17, Los Altos will host the 30th annual Writer’s Week, which brings poets, novelists, journalists and working writers into the classroom to speak to and work with students. Especially in a Silicon Valley environment dominated by technical fields, the week provides key exposure to another career path.
“A lot of times the school focuses a lot on STEM,” designer of this year’s Writer’s Week poster senior Emily Goto said. “There has to be some time when the school [says] ‘We actually like creative thing’ You don’t have to major in science.”
This year’s slate of speakers ranges from poets, to philosophers, to novelists and even lawyers. Below, The Talon profiles just a few of these working writers.
Mariko Tamaki: the graphic novelist
Mariko Tamaki’s “This One Summer” is an ode to the retroactively sweet nostalgia of angsty adolescence A New York Times Bestseller, winner of the Caldecott Medal and the Michael L. Printz Award, Tamaki is the latest in a train of critically and popularly acclaimed featured writers that have walked the steps of the Eagle Theater (Khaled Hosseini’s “The Kite Runner” and Andy Weir’s “The Martian” immediately come to mind). The graphic novel thrives off tales of growing up and messy first-loves and fully lived-up-to cliches of teenagers in the summertime. It’s the stuff of Young Adult genre gold, perhaps not in its purest form and perhaps all the better for it.
Sambul Ali-Karamli: the lawyer
A corporate lawyer and devout muslim, Sambul Ali-Karamli is the maverick of accessible Islamic literature and culture. Her novel “The Muslim Next Door: the Qur’an, the Media, and that Veil Thing” is meant to be a no frills, genuinely quotidian conversation about Islam and its adherents. Written to the Western non-Muslim, from a dedicated follower of the religion, the book is an anecdotal and humorous tribute to Islamic religion and lifestyle. Ali-Karamli is also a social justice advocate, serving on the steering committee of Women in Islamic Spirituality and Equality.

Jack Bowen is a modern philosopher of sorts. His novel, “Dream Weaver,” is a sweeping journey into the unknown, and the reader is given the grand opportunity to philosophize with the book’s young protagonist Ian. What is the meaning of life? Does absolute truth exist? Perhaps there are no definitive answers to life’s burning questions, but Bowen’s work leads into the twisty ruminations that awaken the latent philosophers inside of us all. Bowen has also authored a college-level textbook, “A Journey Through the Landscape of Philosophy,” and lectures in philosophy and ethics throughout the United States and England. Currently, he is a philosophy teacher and water polo coach at Menlo School in Atherton.
Noah Warren: the poet
Nova Scotia native, Yale University graduate and current Wallace Stegner Fellow in poetry at Stanford University, Noah Warren is the poetic leading light of his generation. In 2015, Wagner won the oldest poetry competition in the United States, the Yale Series of Younger Poets, for his anthology “The Destroyer in the Glass.” His work explores the nexus between isolation and communion, teetering on the edges of certainty and confusion, joy and sorrow. Warren has published work in the “Yale Review,” “Poetry,” the “Southern Review” and “AGNI.”