2016 Rio Summer Olympics: The Show Must Go On 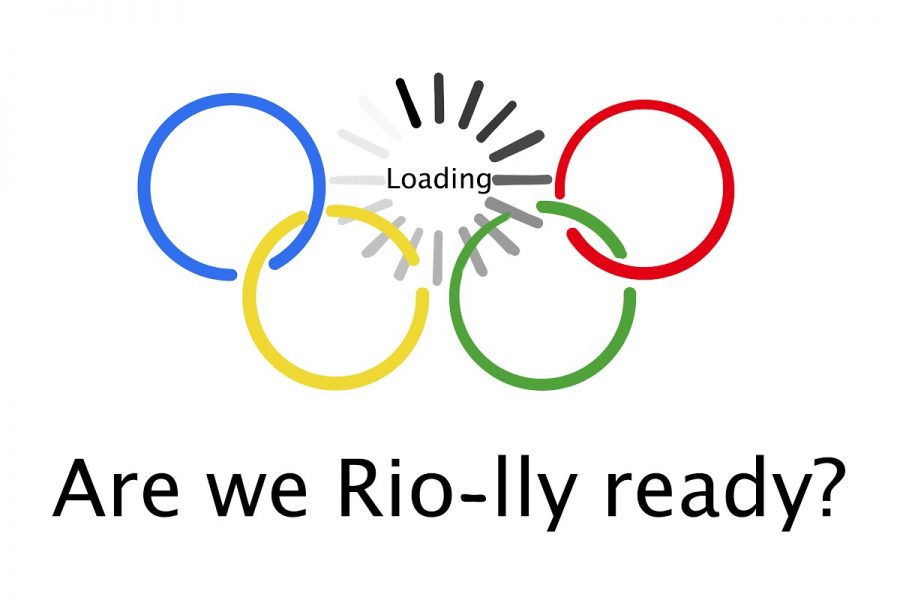 By Chris Dadok and Emily Terada

This August, the 31st summer Olympics will be held in Rio de Janiero, Brazil, but unlike previous years, the fate of the summer Olympics in Rio is now more of an “if” than a “when” due to logistical and health problems. However, in order to appreciate the talent and training coming into fruition, viewers must look past Rio’s flaws and enjoy the show.

When the last summer Olympics was held in London, England was easily able to put forth the money and the necessary manpower to host a successful Olympics. On the contrary, this year, the United States has been forced to pump hundreds of millions of dollars into construction in order for Brazil to even host the Olympic games. Important developments such as the metro extension needed for transportation to and from the games are not on track to be finished in time for the opening ceremony on August 5. Even with financial aid from the U.S. and all of the money being spent, preparations for the event continue to run behind schedule.

One of many concerns regarding the upcoming Olympics is whether Rio will resemble anything à la Sochi Winter Olympics, with unfinished hotel rooms and no other dining options aside from fast food. When there is any news regarding Rio, it is typically with a fear-mongering take on the situation. Despite this, it is important for viewers to support the event and the athletes rather than focus on the potential problems surrounding the event.

In the past Olympic games, there were issues and controversies that affected not only the Olympians but the country hosting the games as well. When Russia hosted the winter Olympics, many accused the country of corruption and funneling money away from the event. The problem with the Rio Olympics is that the issues at hand affect not only the local populace, but also incoming athletes as well.

Adding to the list of problems is the spread of a mosquito-borne disease called the Zika virus, which has plagued Brazil and surrounding countries since the beginning of this year. It has even made some Olympians, such as U.S. women’s soccer team goalie Hope Solo, question whether they will even be attending the event.

“The Zika virus is definitely a concern to me,” Hope Solo said in an interview with “Sports Illustrated.” “I’m obviously keeping an eye on what’s going on in the news. I do know that it’s spreading, and they don’t really have a vaccination to treat it, so it’s definitely worrisome.”

Over time, Olympic spectators on the world stage have become more cynical about host countries being successful in hosting the event. However, heightened expectations for the Olympics should not overlook the true meaning of the games, which have for decades fostered sportsmanship and talent for all to enjoy.