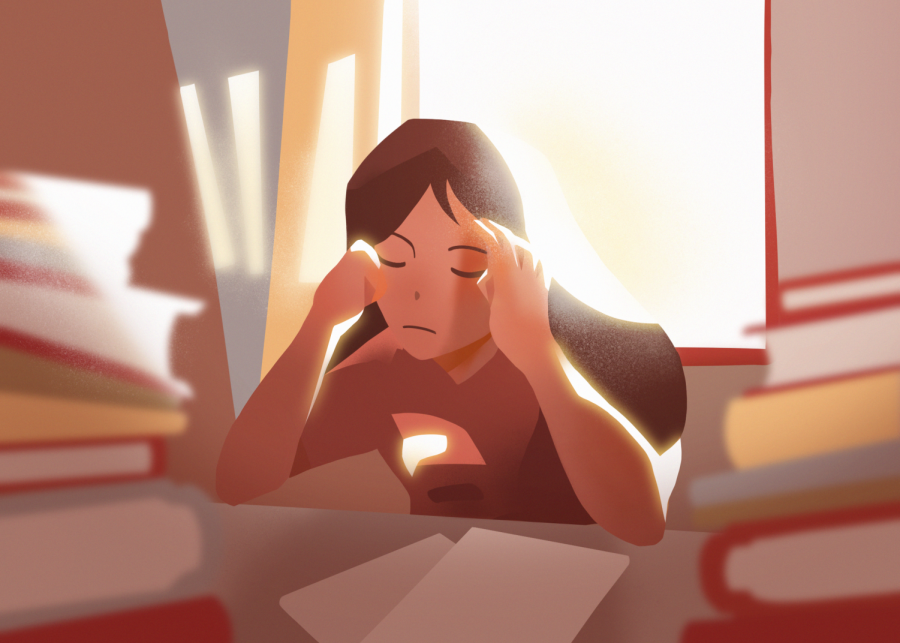 Summers aren’t what they were meant to be: Instead of relaxation and calm, they’ve turned into stretches of work and stress.

To be honest, I was mostly disappointed that I found myself taking a full year of computer science, prepping for my ACT, writing curriculum for a couple clubs, tutoring, interning, going to debate camp and — of course — writing for The Talon. Everything piled up so suddenly and I’m not the only one. In the Bay Area, schools are already competitive, and that affects summers a great deal. Around here, summers become insanely jam-packed. There is so much time to do things during the summer, and because of that, we are expected to fill the time. Bay Area high schoolers are volunteering, making organizations, prepping for standardized tests, taking classes and doing whatever else they can to stay ahead of the curve for college applications.

That’s what I’ve done too. Most people I know have told me that I’ve done enough and that I shouldn’t do more. But I still make myself do more and more, because I have also felt the duty to overwork. I’ve often felt as though in order to be enough or be adequate, I have to do so much. As a result, my mental health has heavily deteriorated over these two years.

This quarantined summer has given us all an obligation to “take advantage of our time.” Many are spending all of their time overworking so they can get into good colleges, not giving ourselves the rest that we deserve.

While I approve and appreciate keeping skills sharp over the summer, there is a difference between reading a book every once in a while and taking three Foothill classes.

But I understand why. Often, students (especially in the Bay Area) feel as though they have to do so much in order to be adequate or successful. I have fallen prey to this phenomenon. I get it. There’s a reason behind it.

That reason is the California college system. College has been a looming shadow over my high school experience for the last two years. It feels as though I have to fill every second of every day with something productive to be good enough for even a state school. The UCs aren’t an easy-in for most students and even the California State Universities can be competitive. My cousins applied to around five colleges each because they knew they could get into the Maryland state school. My older brother, on the other hand, applied to 20. For him, there was no such guarantee of getting into a UC school.

There has been a massive growth in students in California and many state schools have not been updated to be large enough for them. We have to work so much harder to get in. Los Altos is incredibly competitive, from the number of honors and AP classes to GPAs to extracurriculars to even sports. Only the top 9 percent of Californian high school students are guaranteed a spot at a UC, which is incredibly difficult. That means 91 percent of students will either go to a CSU (which can’t fit them all) or out-of-state. California, simply speaking, cannot guarantee a state school spot for the vast majority of students. This can be financially crippling for some, as staying in California is more feasible than out of state.

There’s the solution for many: spend four years of school overworking with countless assignments and tests with an insane time crunch and maybe, just maybe colleges will accept you. That’s the mindset. But that mindset is incredibly unhealthy (for obvious reasons) and there is a clear way to work hard during the school year and still maintain some mental health and that is a balanced summer. Doing the small things is critical.

Take a Saturday off and watch “Phineas and Ferb” for three hours (there’s a lot of ways to spend your 104 days of summer vacation). Don’t work past 6 p.m. Sleep eight hours a night. Eat at a normal time. Make yourself a schedule.

Personally, quarantine has made my mental health fall down a dark, deep hole and I’m not the only one. Everything I was looking forward to this summer was cancelled and even after I adjusted, my schedule changed over and over and over. But taking breaks has helped. I’ve watched “Revenge of the Sith” five times and rewatched half of “Star Wars: the Clone Wars”. I took a day off a couple of weeks ago and just did nothing. It was glorious. Small things make a huge difference. I know that taking the summer off is impossible for some, but taking small steps for yourself is most definitely not.